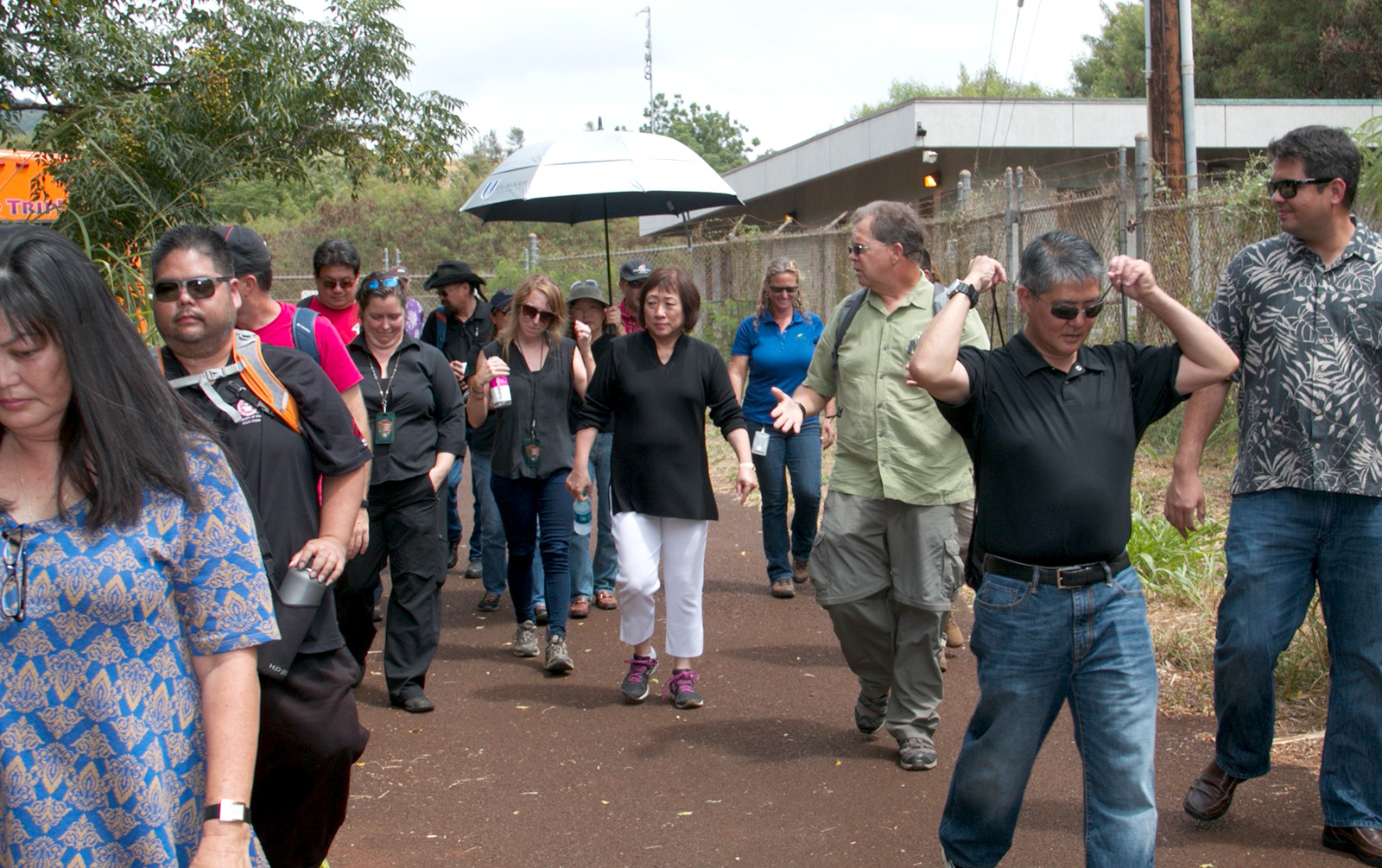 U.S. Rep. Colleen Hanabusa toured the Honouliuli Internment and POW Camp in Kunia in early August, accompanied by UH West Oʻahu administrators, staff, and students to glimpse and understand the life experienced by her grandfather during World War II.

Hanabusa visited the site to try to “get a sense of how it was,” she said. “This is the same place he worked. They went through so much, and they never said anything. They never complained.”

Her grandfather, Shigeo Muroda, was a mess hall sergeant – something she reflected upon as she stood upon the remains of a mess hall located in the internment camp.

“I take every opportunity to come, because it’s a way of reconnecting,” she said. “They are the greatest generation, and they’re made out of different stuff from us.”

UH West Oʻahu offers a field-work course over the summer that provides students with the opportunity to receive hands-on training excavating at the historic site that is designated as a National Monument by the U.S. National Park Service. Three hundred fifty local residents and nearly 3,500 captured enemy nationals were imprisoned at Honouliuli Internment and POW Camp during the time of martial law in the islands following the bombing of Pearl Harbor in World War II.

Throughout the tour, UH West Oʻahu student Kalani Carreira explained the work and findings discovered through the field work course under the guidance of UH West Oʻahu Assistant Professor of Archaeology Bill Belcher. 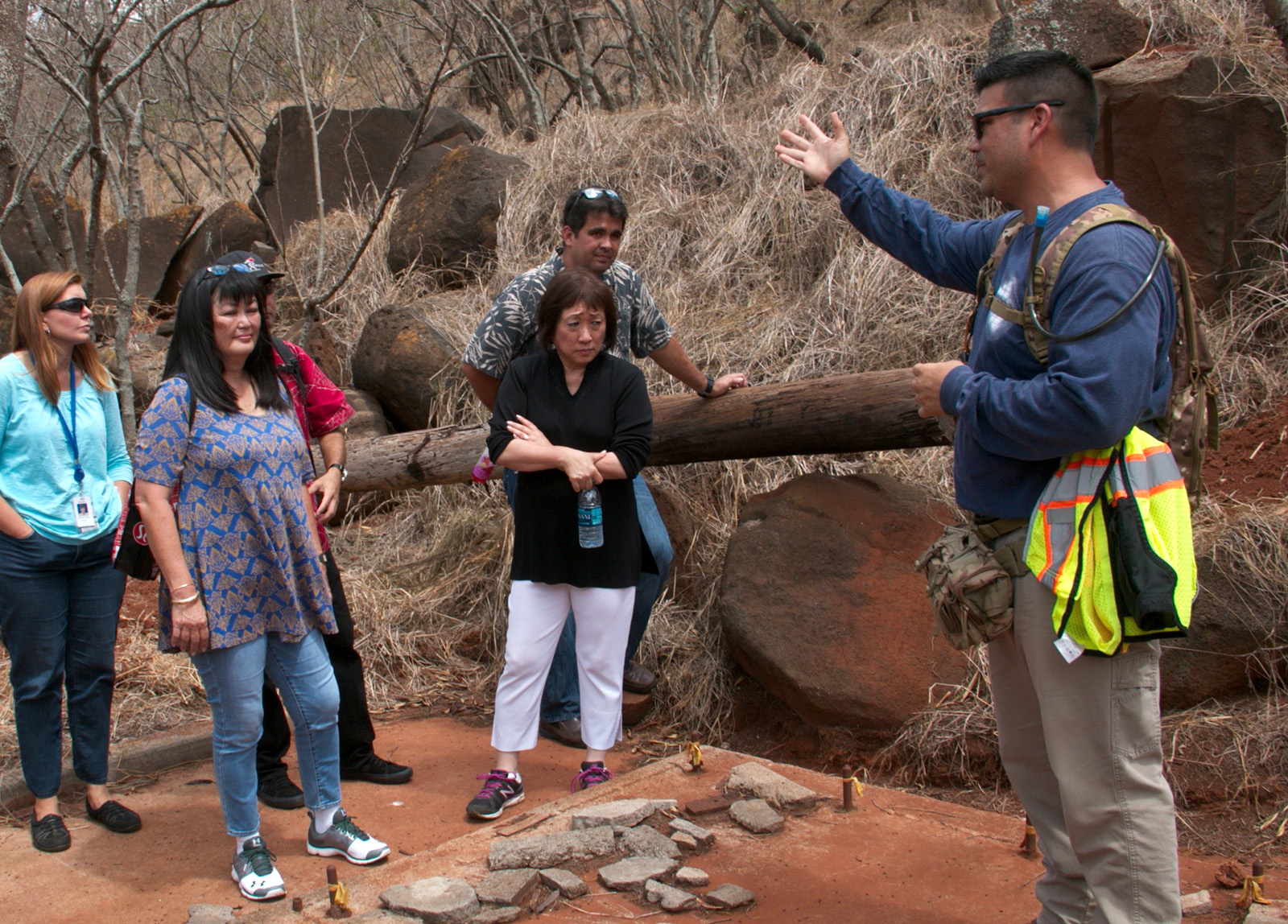 “The real world application – to learn it in a book is one thing, but to be able to go out there and do an actual application of what you do in a classroom, it teaches you a lot of things that you would never get to learn in a classroom,” said Carreira, who is studying Anthropology and pursuing a Certificate of Applied Forensic Anthropology. “Archaeology Programs such as field work at Honouliuli – it’s invaluable, not only to the student but to educating other people outside of the system as well.”

The group also heard from Dr. Belcher and Dr. Alan Rosenfeld, associate professor of History. Rosenfeld’s chapter, “Neither Aliens nor Enemies: The Hearings of ‘German’ and ‘Italian’ Internees in Wartime Hawai‘i,” in Breaking the Silence: Lessons of Democracy and Social Justice from the World War II Honouliuli Internment and POW Camp in Hawaiʻi tells the story of people from a variety of ethnic backgrounds and how they were apprehended through J. Edgar Hoover’s Alien Enemy Control program. 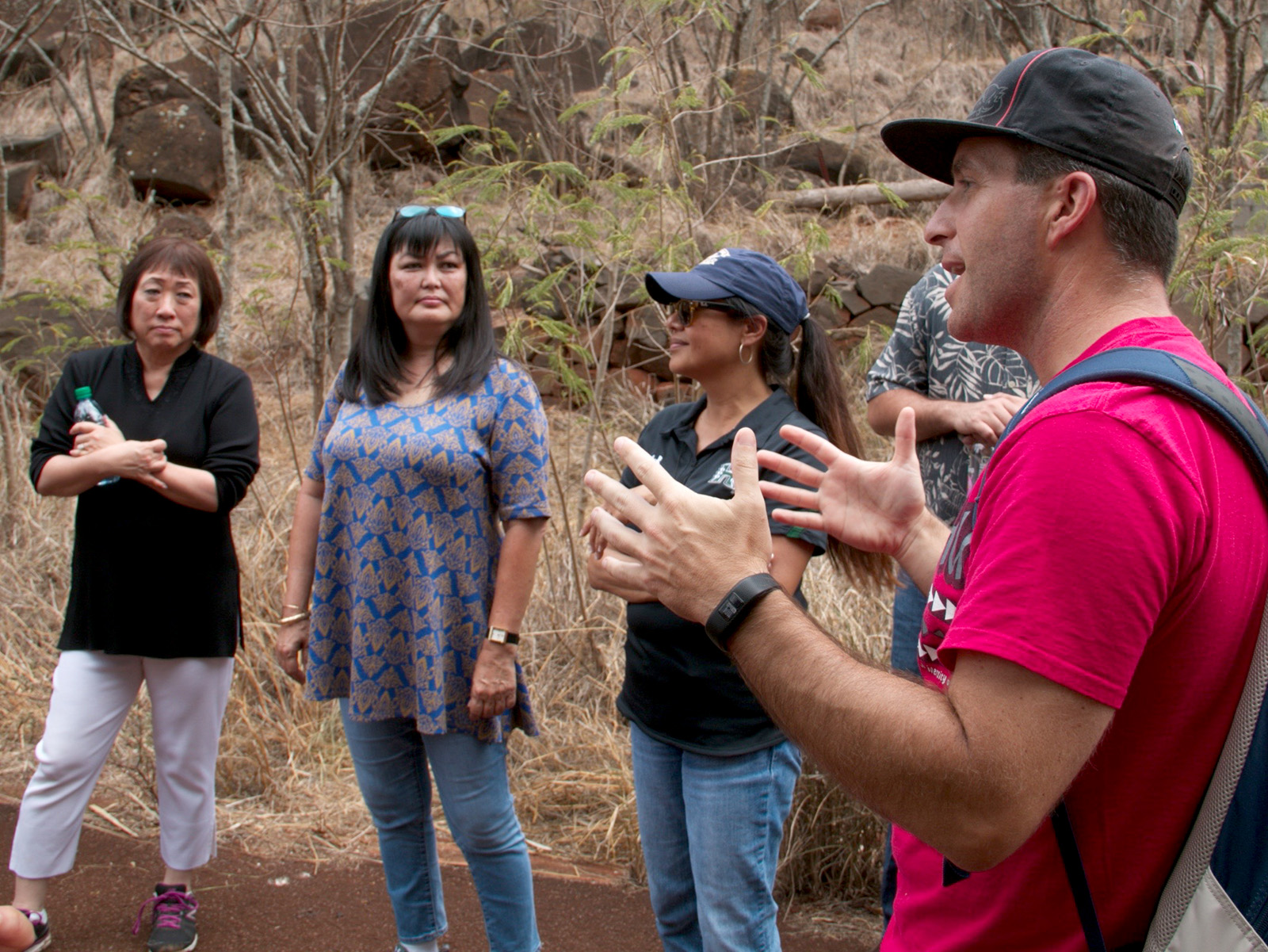