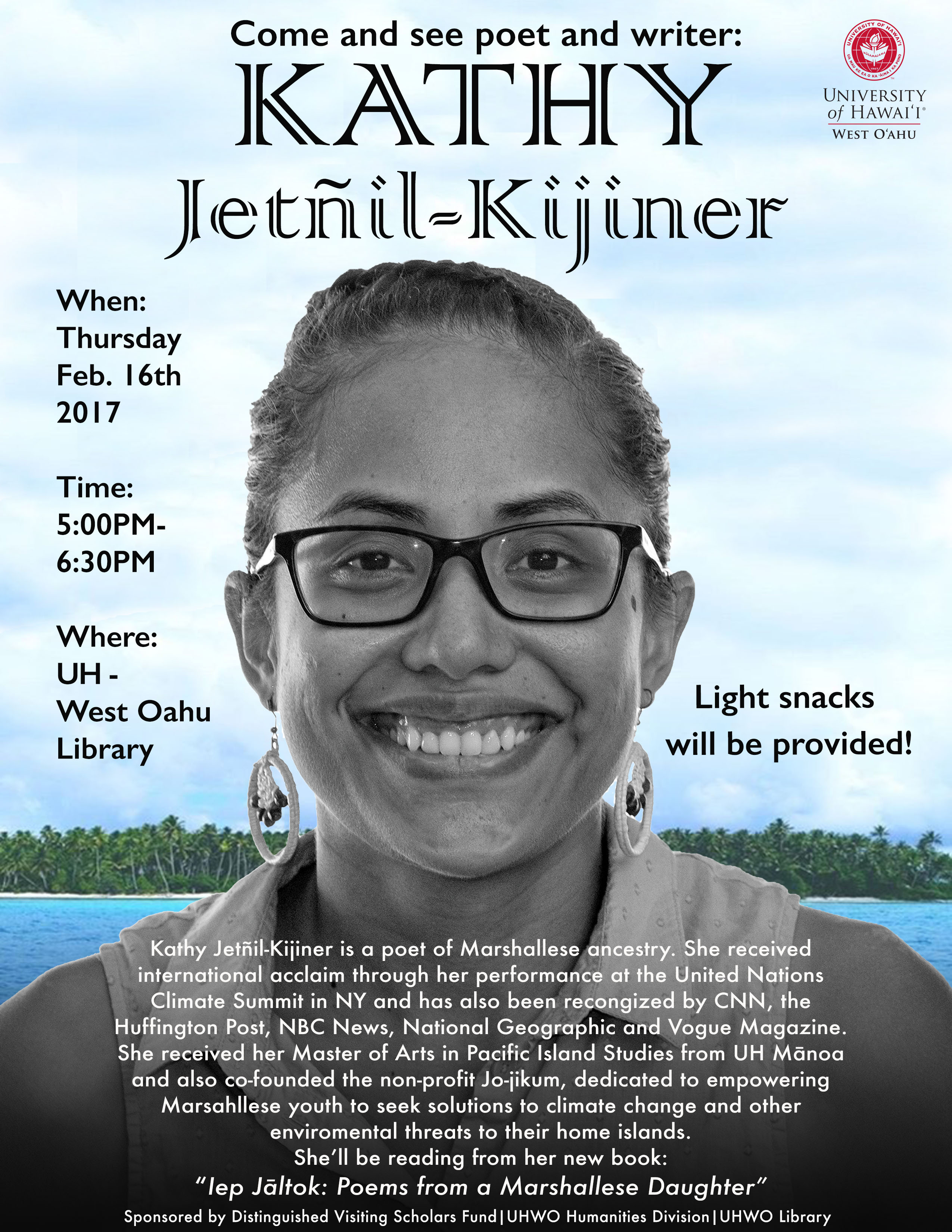 UH West O’ahu students, faculty, staff, and the general public are invited to join acclaimed poet Kathy Jetñil-Kijiner as she reads from her newly published collection of poetry, “Iep Jāltok: Poems from a Marshallese Daughter,” on Thursday, Feb. 16, at the UHWO Library from 5 to 6:30 p.m.

Jetñil-Kijiner will be available for an hour before and after the talk in Library (B-233) to talk with faculty and students about using her work in the classroom, in their research, and in the community.

Jetñil-Kijiner received international acclaim through her performance at the opening of the United Nations Climate Summit in New York in 2014. Her writing and performances have been featured by CNN, Democracy Now, Mother Jones, the Huffington Post, NBC News, National Geographic, Vogue Magazine, Nobel Women’s Initiative, and more. Jetñil-Kijiner, of Marshallese ancestry, co-founded the non-profit Jo-Jikum, dedicated to empowering Marshallese youth to seek solutions to climate change and other environmental impacts threatening their home island. She has been selected as one of 13 Climate Warriors by Vogue in 2015 and the Impact Hero of the Year by Earth Company in 2016. She received her Master of Arts in Pacific Island Studies from the University of Hawaiʻi at Mānoa.

The event is sponsored by the Distinguished Visiting Scholars Fund, the UHWO Humanities Division, and the UHWO Library.