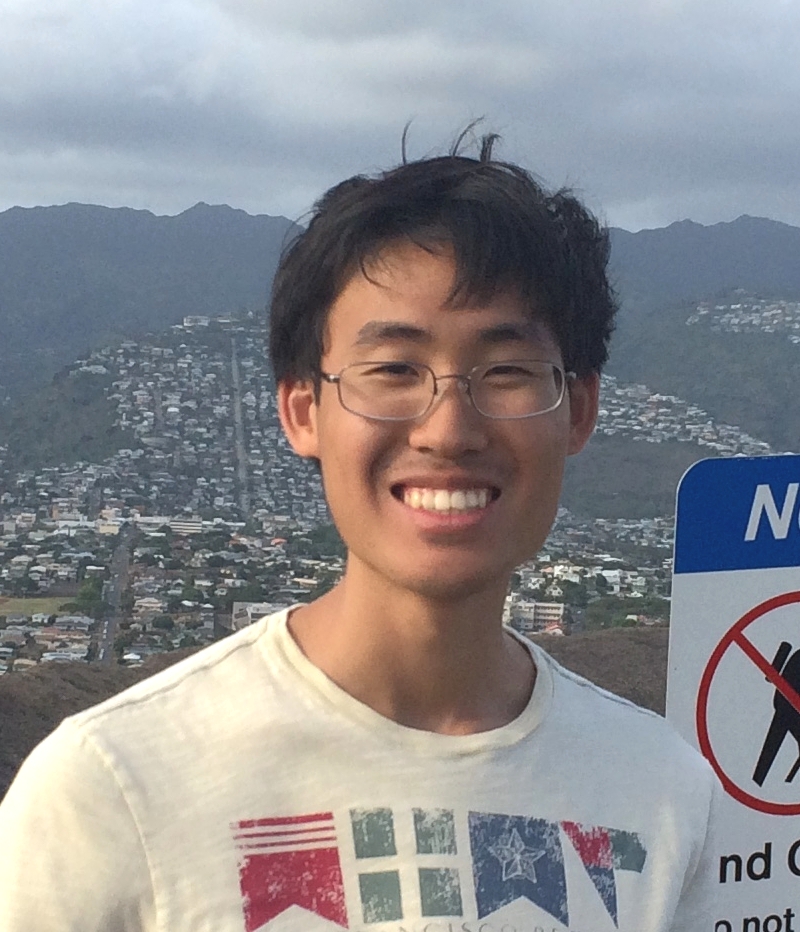 Recent University of Hawaiʻi – West Oʻahu graduate Kenji Mori received a letter of commendation from U.S. Representative K. Mark Takai upon completion of his internship in the spring 2015 semester.

Kenji’s projects included creating and maintaining physical and electronic records of media featuring Rep. Takai, his office, or staff; bill tracking; designing and building a computer program to track state legislation; designing a tracking system to archive all legislation that Rep. Takai introduced during his 20 years as a state legislator; and assisting with the compilation of Rep. Takai’s records. In his letter, Rep. Takai stated that Kenji, “has been an invaluable asset as both a team member and individual manager of his time. … Kenji’s reliability and independence have made working alongside him simple, amicable, and very beneficial for my office.”

Kenji answered a few questions for E Kamakani Hou about his experience at UH West Oʻahu.

Where are you from (city, island etc.)?

I was born and raised in Yokohama, Japan.

Where did you graduate from high school?

I graduated from Kanto Christian International School, where I had attended since kindergarten. It was a small, unique school. It was held in our church building and our parents were teachers. As we grew older, we were taught to study independently.

What was your major at UH West Oʻahu?

I majored in Information Technology (IT).

In my early teens, I used to have a computer that constantly broke down. When I fixed one problem, another problem cropped up. While it was frustrating to figure out the issues, I gradually came to enjoy tinkering with my computer.

Later, when I was about 16, I became a volunteer administrator for a small game site. The head administrator I befriended taught me many things about web systems, security, and other things that I found very interesting.

When I first decided to go to college, I had no fixed idea on what I wanted to study. But since I enjoyed working with computers, I felt that IT would be best for me.

What did you like best about UH West Oʻahu?

At UH West Oʻahu, there is a lot of interaction between students and instructors. Whenever we had problems or had anything we did not understand, the instructor was always accessible to us. Also, since class sizes were relatively small, it was easy to get to know a lot of classmates and to work together.

What advice do you have for UH West Oʻahu students interested in pursuing IT or other professional schools after graduation?

IT is an ever changing field and to succeed, it is important to keep abreast of current as well as future trends.

Sometimes, we may face difficult problems. No matter how hard it may seem, we ought to give it a shot. During my internship, I was developing a program to retrieve bills from the state legislature. I ran into a network bandwidth problem that seemed insurmountable at the time. However, I decided to try a different programming technique that I have never used before. I wasn’t sure whether it would work, but it did. If we do not try, we have already failed. But if we try, we would usually find that the obstacles were not as bad as they seemed. And even if things do not work out, it is never a loss for there is always something to be learnt.

Finally, I believe that if we go the extra mile to give our very best, our efforts will not go unrewarded.

What are you doing following your graduation from UH West Oʻahu?

From June, I started working at a Japanese IT company in Waikiki. In my spare time, I work on personal programming projects, and participate in online cybersecurity competitions.

As an IT student at Kapiolani Community College and UH West Oahu, I had the opportunity to participate in events such as the Poʻoihe Cyber Range and the National Cyber League. Such events gave me valuable experience and chances to meet other people from the IT field. There are many other events for students, such as mobile development workshops. I highly recommend taking advantage of such opportunities.