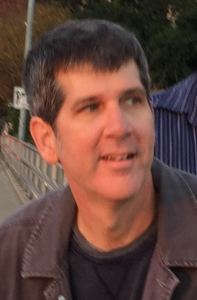 Orr argues that the “Hawaii Five-O” television script “Strangers in Our Own Land (1968),” written by Samoan American dramatist John Kneubuhl, is a pivotal text that exemplifies the thematic unity of the playwright’s literary works. Together with Kneubuhl’s other small-screen dramas, “Strangers in Our Own Land” stands along side the playwright’s masterful works representing diverse Oceanic cultural traditions.

Stanley Orr is professor of English and chair of the faculty senate at the University of Hawai‘i – West O‘ahu. He teaches courses in literature, film studies, and cultural studies. Orr is co-editor for a textbook entitled The Pearson Custom Library: Introduction to Literature (2006; revised edition 2008) and has published essays in Jouvert: A Journal of Postcolonial Studies, Literature/Film Quarterly, Paradoxa: Studies in World Literary Genres, and Post-Script: Essays in Film and the Humanities.