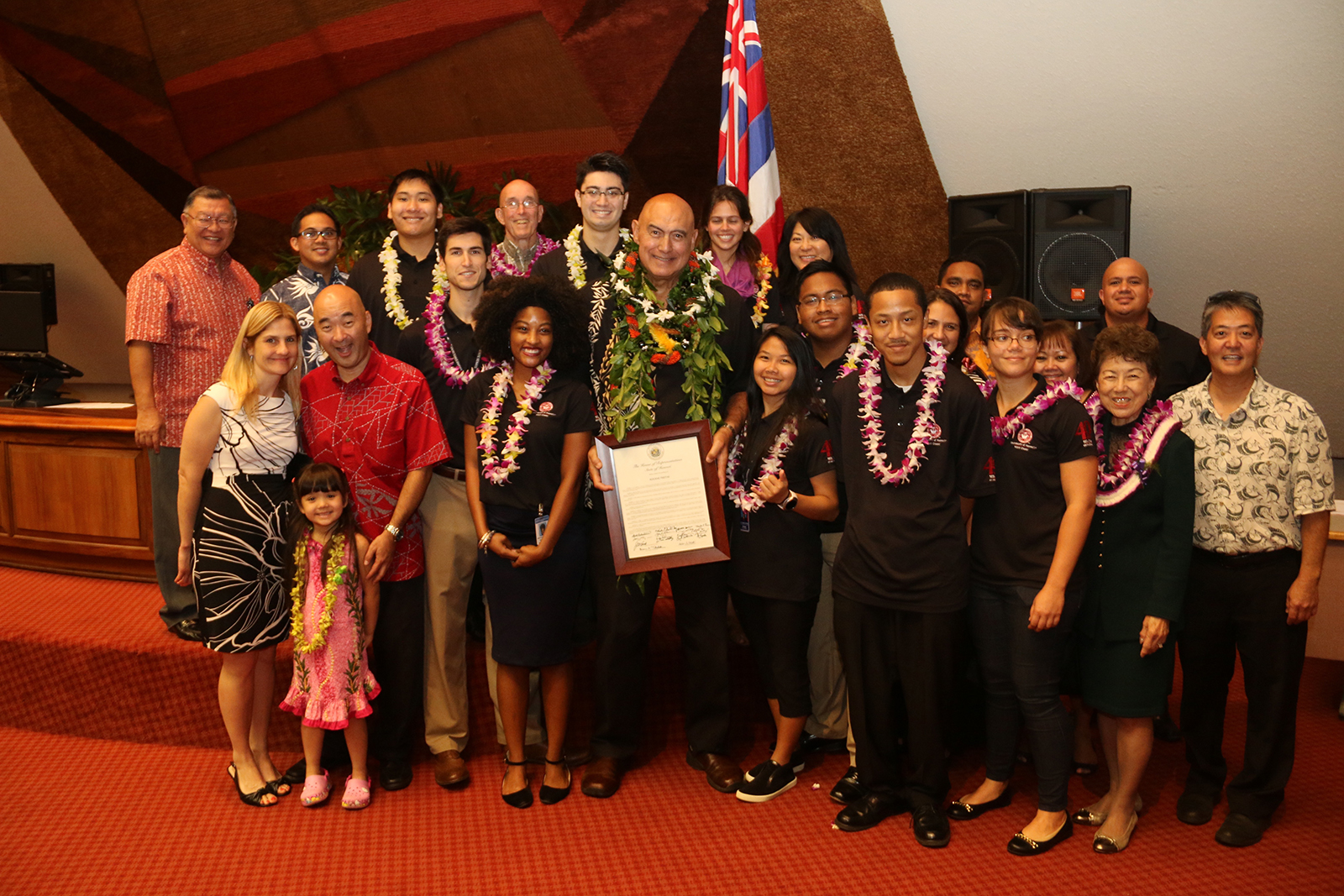 Former Chancellor Rockne Freitas poses with his House Resolution and members of the UH West Oʻahu staff and legislative interns.

The Hawaiʻi State House of Representatives honored former University of Hawaiʻi – West Oʻahu Chancellor Rockne Freitas with a resolution in recognition of his accomplishments on the football field and in pursuit of supporting higher education in the state of Hawaiʻi.

Rep. Della Au Belatti introduced the resolution, highlighting Freitas as the first Native Hawaiian chancellor at a four-year institution. She also congratulated him on his work supporting Native Hawaiians in higher education.

Rep. Scott Nishimoto shared a personal story of his close relationship with Freitas, who had a “profound effect” on his life. He held up a clay art piece that depicts Freitas, which he made for a class assignment when he was 10.

The House resolution comes on the heels of the Senate’s recognition of Freitas on March 23. UH West Oʻahuʻs pilot cohort of legislative interns supported the initiative to recognize Freitas, who played for the NFL for 11 years, and UH West Oʻahuʻs 40th anniversary in both state houses.