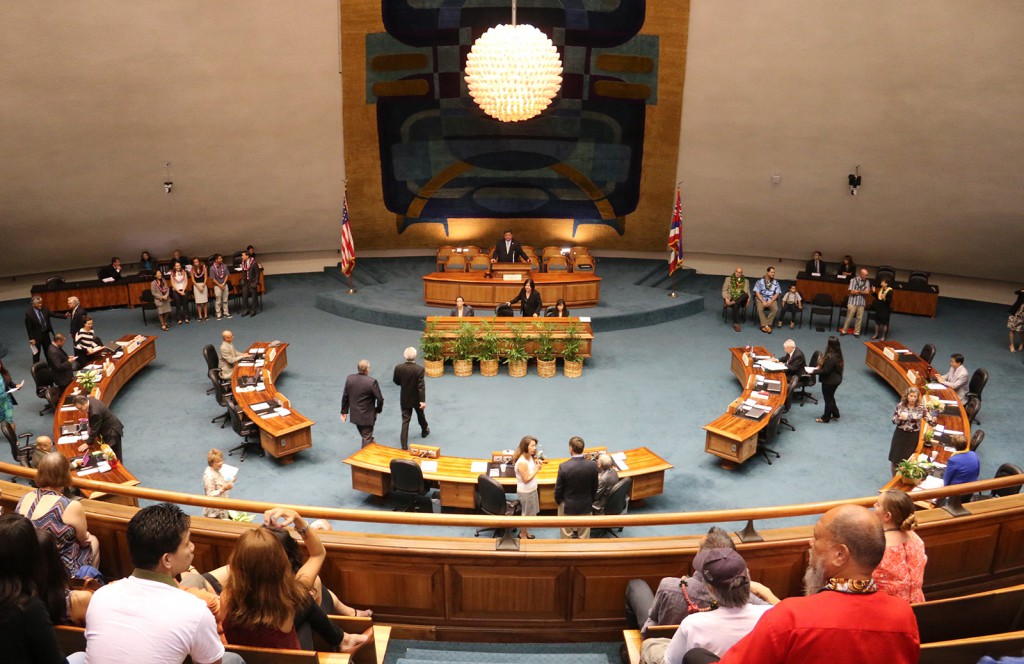 The Hawaiʻi State Senate commended and congratulated former University of Hawaiʻi – West Oʻahu Chancellor Rockne Freitas for his work for UH and the State of Hawaiʻi with a congratulatory certificate on March 23 as part of its Education Week festivities.

Sen. Michelle Kidani said in her remarks on the chamber floor: “Beyond the professional credentials, we know Dr. Freitas to be a true gentleman, with a wonderful capacity for bringing people with divergent views together, and, as we say in our congratulatory certificate a ‘community statesman.’ ” 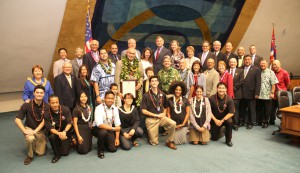 The Senate also recognized UH West Oʻahu for celebrating its 40th anniversary. Sen. Kidani stated that for those who represent the communities around the Kapolei campus, “the new campus is a spectacular focus for our communities, and we are very proud to celebrate the successes of ‘our’ UH campus.” Sen. Mike Gabbard called UH West Oʻahu “the flagship of the West side.”

The resolution was initiated by UH West Oʻahu’s student legislative interns, who helped to draft the resolution’s language as a part of their cohort’s project.