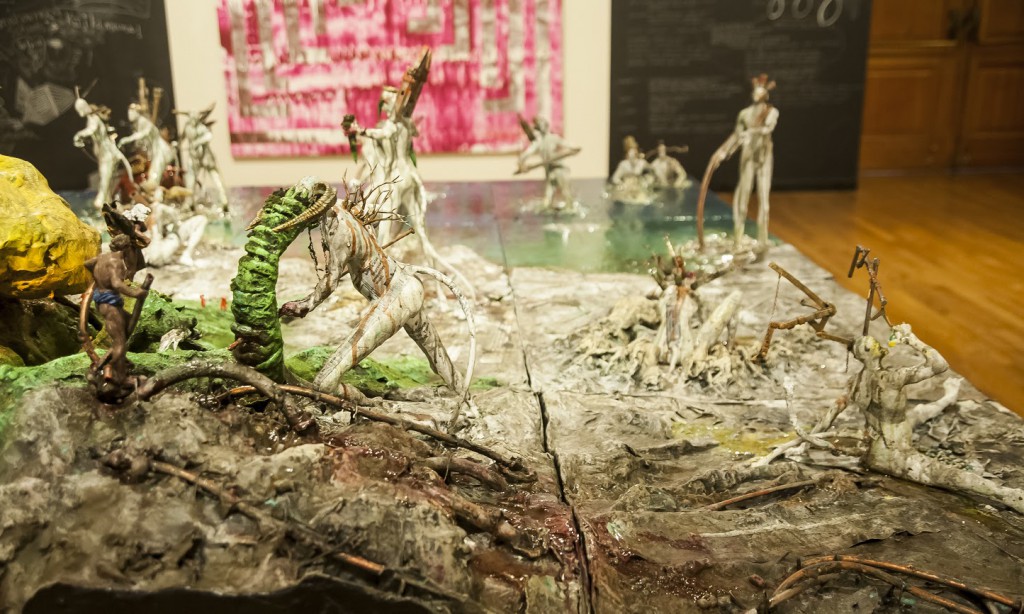 “A Battle of Narratives” by Solomon Enos

Artist Solomon Enos will discuss his metaphorical artistic landscape piece “A Battle of Narratives” with UH West Oʻahu students, faculty and staff on Tuesday and Wednesday, March 29 and 30. Interested faculty are encouraged to bring classes to hear from Enos and learn how the piece was conceptualized and created. To participate, email piko@hawaii.edu.

A Battle of Narratives 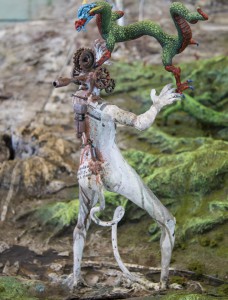 “A Battle of Narratives” by Solomon Enos

“A Battle of Narratives” is a metaphorical landscape populated by figures that seek to destroy and protect it. Based on topographical maps of O‘ahu, with focus on the Ko‘olau mountain range and urban Honolulu, this installation gives viewers an immediate sense of proportion and scale, capturing the attention and imagination of all ages. Hand sculpted from modeling clay to form the sharp peaks of Lēʻahi (Diamond Head) and Pu‘owaina (Punchbowl) crater among other land features of O‘ahu, this mass media model expresses the exponential changes that took place in Hawai‘i between the 1890s and the 1930s – the Americanization of Hawaiʻi. The hand-sculpted and painted figures represent deities from various cultures including the Hawaiian gods and goddesses Pele, Poliahu, Kamapuaʻa, and Mo‘oinanea, as well as deities from other Chinese, Japanese, Samoan, Korean and Filipino cultures. Humanoid figures with skin made of territorial newspapers advance towards the allied deities destroying all nature in their path. Hovering over Lanihuli is a large cloud composed of Hawaiian language newspapers, serving as a refuge for the gods in need of retreat during this onslaught of destruction. 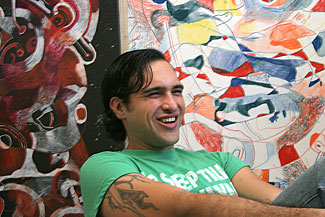 Artist Solomon Enos was born and raised in Mākaha Valley, O‘ahu and has been making art for more than 30 years. His recent work reveals an extraordinary talent, adept at artistic expression in a wide variety of media including oil paintings, book illustrations, outdoor murals (both painted and in glass mosaic), and mixed-media sculptures.