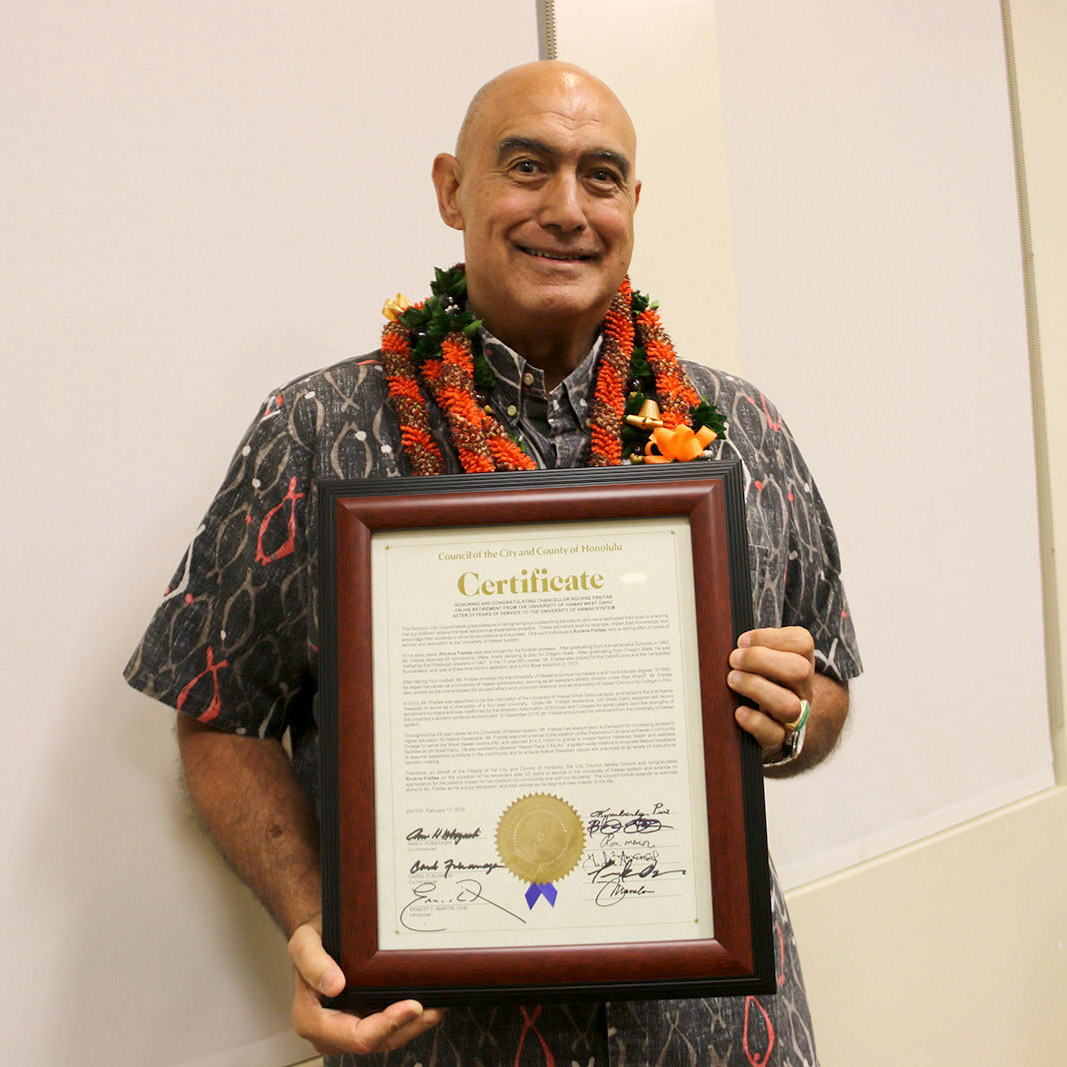 The City Council of the City and County of Honolulu presented former University of Hawaiʻi – West Oʻahu Chancellor Rockne Freitas with an honorary certificate at its monthly meeting on Feb. 17 at Kapolei Hale. 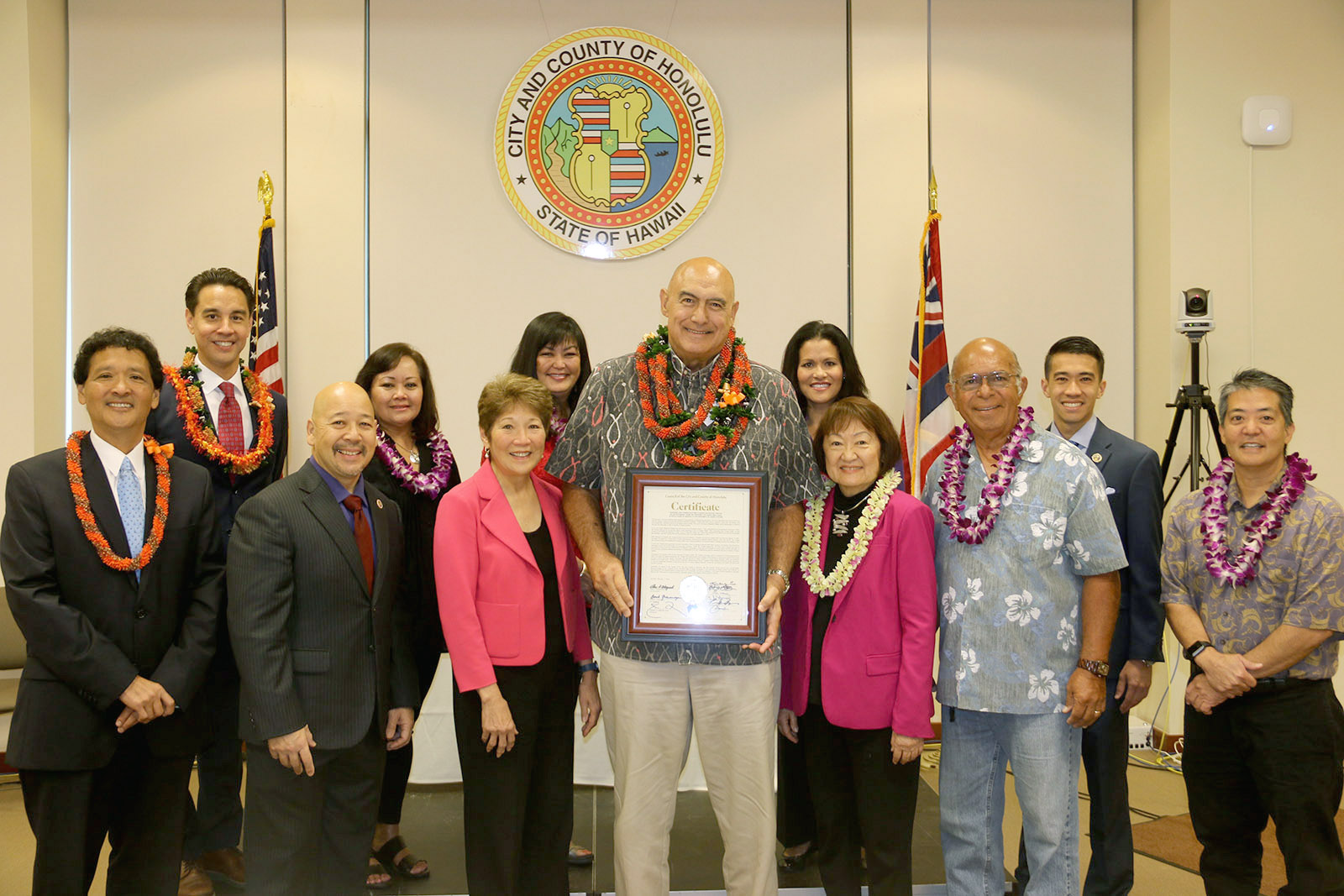 The Council recognized Freitas, who retired as chancellor of UH West Oʻahu on Dec. 31, 2015, for his achievements in football and his contributions to the University of Hawaiʻi and Native Hawaiian community. Under Freitas, UH West Oʻahu achieved record numbers in enrollment and was reaffirmed by the Western Association of Schools and Colleges for seven years upon the strengths of the university’s student-centered environment.