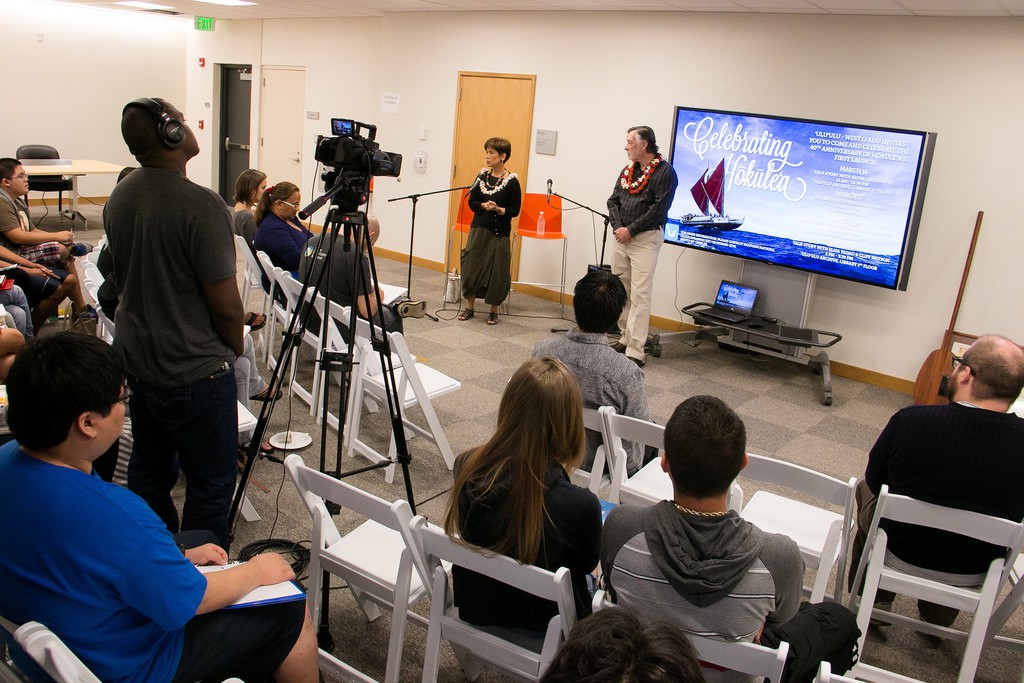 The first in a series of four programs will cover the workshop held earlier this year at UH West Oʻahu celebrating the 40th anniversary of the Hōkūleʻa’s first launch. Former KGMB reporter Elisa Yadao and cameraman Cliff Watson shared their experiences producing a documentary about the Hōkūleʻa in the mid-1980s.

The second program describes the purpose of the ʻUluʻulu Archive in preserving the moving image history of Hawaiʻi.

The programs will air starting Nov. 1 on ʻŌlelo 53.

Two other programs will air in December including a program produced in the 1970s by videomaker Victoria Keith about development in Honolulu. The second program will focus on videomaker Esther Figueroa and include excerpts from the ʻUluʻulu Archive’s Juniroa collection containing edited masters, raw footage and original camera recordings from programs produced by Juniroa Productions, an independent production company dedicated to perpetuating Native Cultures, living Hawaiian values and serving communities underrepresented by mainstream media.

The ʻUluʻulu Henry Kuʻualoha Giugni Moving Image Archive of Hawaiʻi is Hawaiʻi’s official moving image archive located in the UH West Oʻahu Library. The mission of the ʻUluʻulu Archive is to perpetuate and share the rich moving image heritage of Hawai‘i through the preservation of film and videotape related to the history and culture of Native Hawaiians and the people of Hawai‘i. For more information call (808) 689-2740 or visit uluulu.hawaii.edu.

Shelving goes on for a mile at ʻUluʻulu Archive