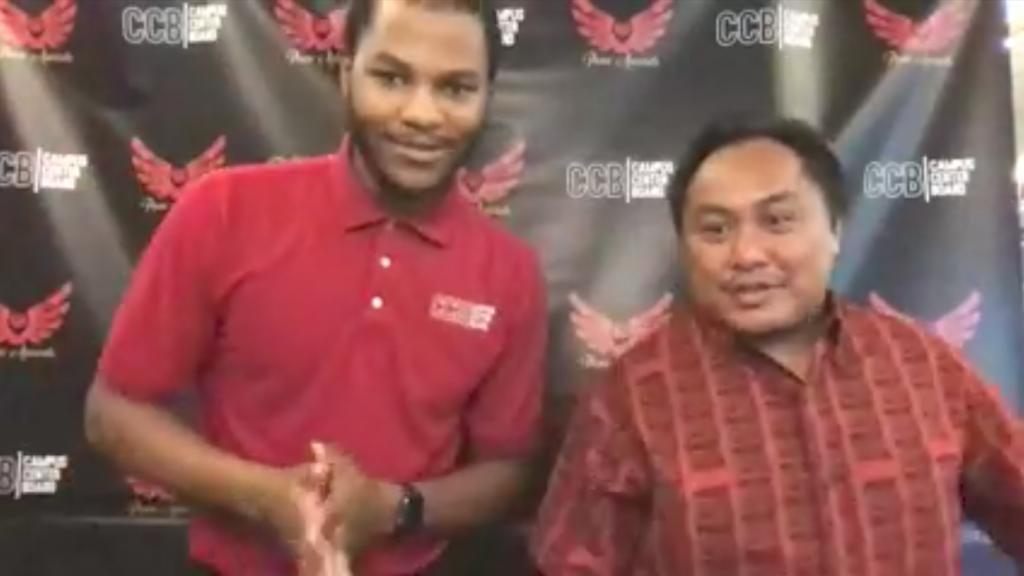 A screenshot of the first-ever Virtual Pueo Awards with Campus Center Board member Darryl Johnson and advisor Rouel Velasco welcoming viewers to the online event.

University of Hawaiʻi–West Oʻahu students and their accomplishments were celebrated at the first-ever Virtual Pueo Awards, which went live on Instagram and Facebook on May 8.

“Thank you for tuning in to our virtual rendition of Pueo Awards,” Campus Center Board member and host Darryl Johnson said at the beginning of the online event. “Pueo Awards is a ceremony that we, the Campus Center Board, hold every semester to show students that we appreciate what they do and just recognize the hard work that they put in not only in class, but outside of class as well.”

Among the honorees was Brianne Frias, winner of the Student Service and Leadership Distinction Award, which recognizes exceptional students who dedicated time throughout their college careers to serve the needs of their fellow students.

Frias served as the Director of Operations for the HOST Club, which exposes students and club members to the different opportunities the hospitality and tourism industry has to offer.

Frias’ evaluator wrote, “I have seen Brianne grow and develop throughout her years at UH West Oʻahu, first seeing her as a student as well as an active member and leader in the HOST Club. I am impressed with her ability to balance, school, work, more work, internships, and everything else she does. She is committed to working well and getting along with others as well as leading through example of just doing things.”

The following is a list of the awards and recipients: