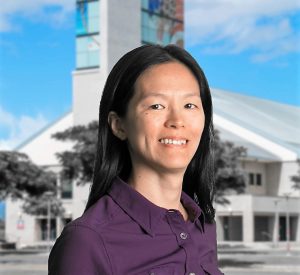 UH West Oʻahu Professor of Philosophy Li-Hsiang Rosenlee published a feature book review in the peer-reviewed journal, Philosophy East and West, a leading journal in the field of Asian and Comparative Philosophy.

“A Comparative Feminist Reflection on Race and Gender” was published by University of Hawai’i Press in April 2019 in Volume 69, Number 2.

The abstract is as follows: “Philosophy as an academic discipline has a serious diversity problem both gender- and race-wise, much more so than any other discipline in the field of Humanities, and the way to address the problem goes beyond just hiring more female faculty or recruiting more minority students. I argue that the problem is structural rooted in the way in which the history of philosophy was first racialized as strictly western during the late European Enlightenment period by prominent philosophers such as Kant and Hegel. To correct this revisionist history of philosophy, we philosophers will have to seek wisdom from wherever wisdom is found regardless of its geographical locality.”