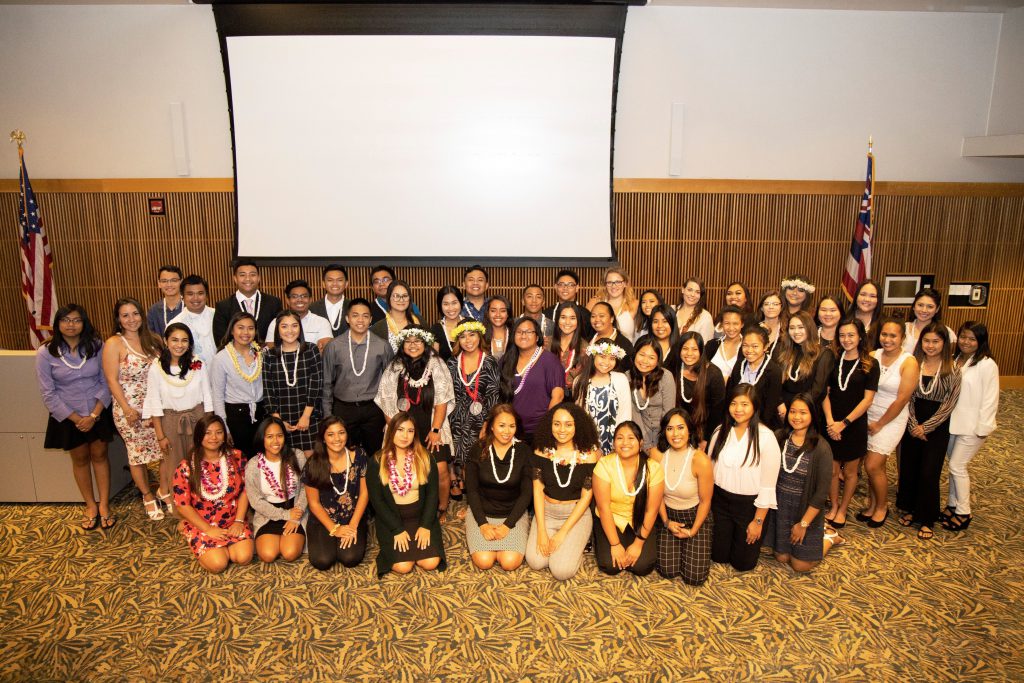 Some 66 UH West Oʻahu students were inducted in April into the UH West Oʻahu Chapter of the National Society of Leadership and Success (NSLS) during its first-ever induction event.

The students were inducted during an April 12 ceremony after having completed a leadership skills program, including orientation, a leadership training day, speaker broadcasts, and success networking teams. All inducted students gave a one-minute leadership and gratitude remark in front of family members, loved ones, and friends.

UH West Oʻahu launched its own chapter of the NSLS in February 2018 under the leadership of Vice Chancellor for Student Affairs Judy Oliveira, who named First Year Student Coordinator Katrina Abes and Student Life Coordinator Rouel Velasco as co-advisors for the chapter. The society is the largest leadership U.S. honor society with more than 650 chapters and more than 1 million members. Members receive a leadership certificate and gain access to benefits including scholarships and awards, exclusive events, an online job bank, and other advantages.

The NSLS also provides members with tools for action, inspiration to hold them accountable, and motivation to achieve goals. This is a place for members to join in with other student leaders in Success Networking Teams, where they interact with one another to create and achieve personal goals

The mission of NSLS is building leaders who make a better world. The UH West Oʻahu chapter was founded to help student members create the success they want by enabling them to engage in reflection and self-exploration.

The UH West Oʻahu chapter is now seeking students to serve as chapter leaders on the executive board. The following students were inducted during the ceremony: