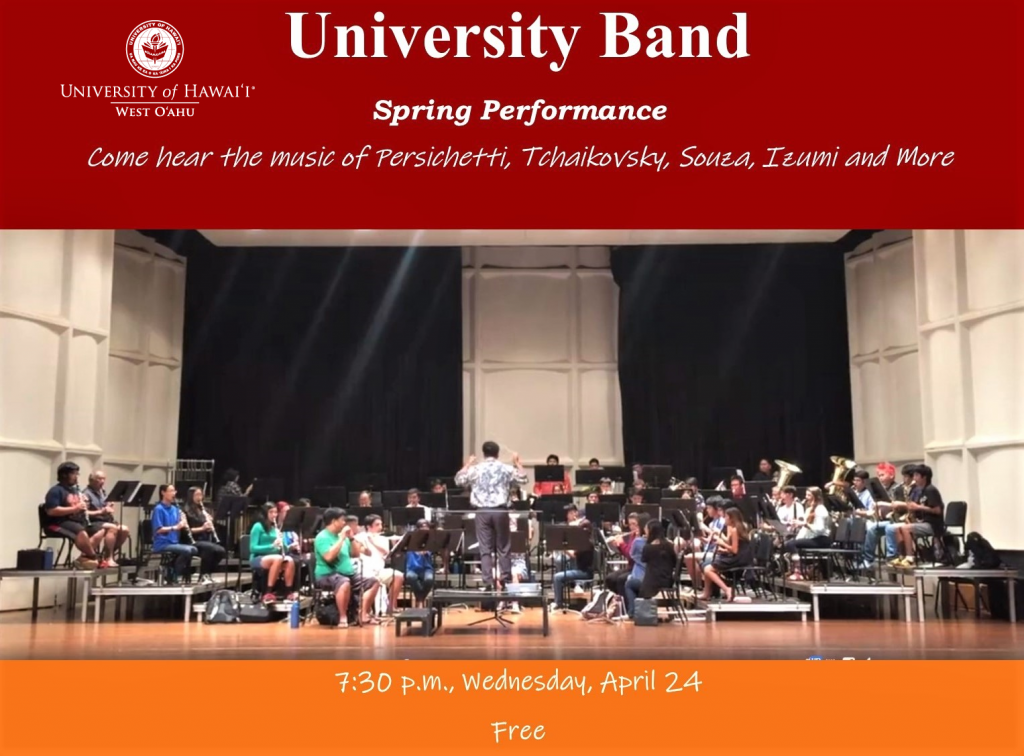 The UH West Oʻahu University Band will perform a varied program of music from American, Russian, and Japanese composers on the evening of Wednesday, April 24. The performance is free and open to the public.

The concert is scheduled for 7:30 p.m. in C208. The University Band features about 70 musicians who come from UH West Oʻahu, the community and high schools.  The band, under the direction of Chadwick Kamei and Michael Nakasone, is known for performing music from a variety of eras while allowing its members to grow their musical skills.

The program Wednesday will feature the following music: