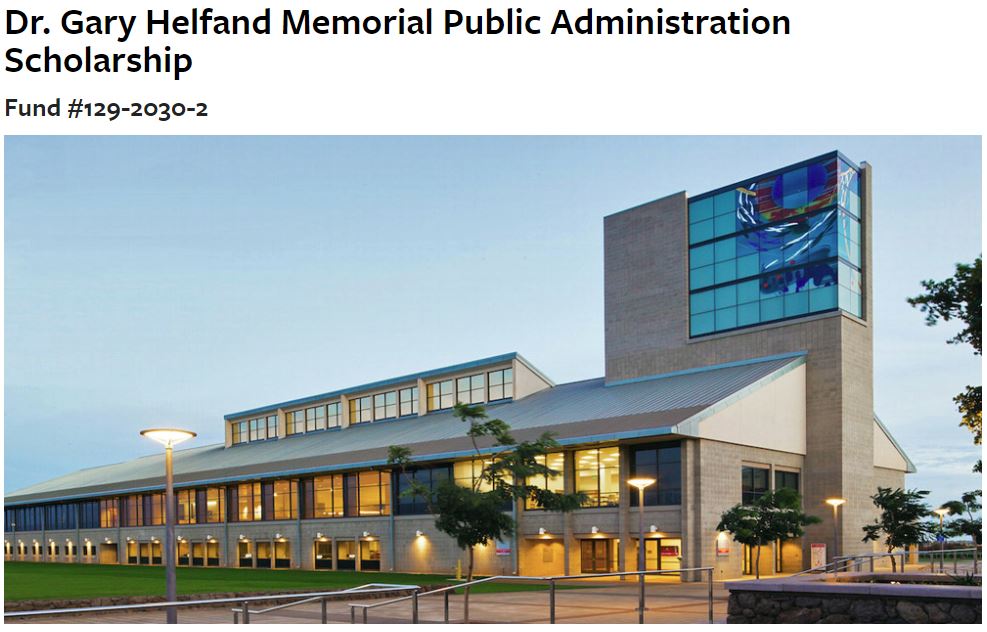 A scholarship in memory of Dr. Gary Helfand has been established to support UH West Oʻahu students enrolled in the Public Administration program. 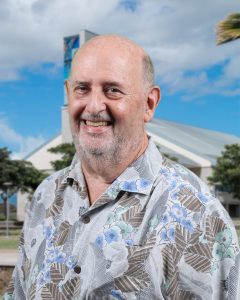 The scholarship was set up by Prizzia, a Professor of Public Administration, who worked closely with Helfand, authoring or co-authoring journal articles and chapters in books together. Prizzia said Helfand made numerous contributions to faculty, students, the UH West Oʻahu campus, and the community.

“Dr. Helfand dedicated his life and career to UHWO for over 33 years and was an extraordinary scholar, colleague, caring friend, and an outstanding mentor,” the scholarship webpage states. “He touched the lives of many and had a positive impact on everyone who knew him, those in the community, at UH, and especially students and graduates who went onto successful careers because of his teachings.”

Prizzia said he set up the Dr. Gary Helfand Memorial Public Administration Scholarship and made the first donation to it and that in less than two weeks the scholarship fund received donations from 10 others with the total swelling to more than $3,000. Donations can be made through the UH Foundation scholarship page.

Before coming to UH West Oʻahu, he served as an associate professor of Public Administration at John Jay College of Criminal Justice and Public Affairs. His other work include positions as director of the Urban Health Management Program at St. John’s University in New York, and director of Academic Affairs for the College Accelerated Program for Police, New York Institute of Technology.

Besides his academic accomplishments, Helfand also was a talented pianist and had toured the country in his teens giving performances. Helfand’s wife Diana, and son, Jody, both are lecturers at UH West Oʻahu.