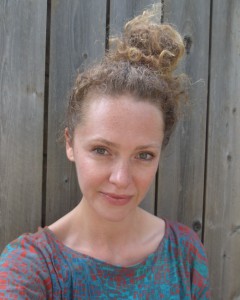 Nolte-Odhiambo’s “‘I be home’: Childhood Belonging and Un/becoming in Hawaiʻi,” appears in a special issue on “Migration, Refugees, and Diaspora” of Children’s Literature Association Quarterly, which is published by Johns Hopkins University Press. Children’s Literature Association Quarterly publishes first-rate scholarship in children’s literature studies. Each issue features an editorial introduction, juried articles about research and scholarship in children’s literature, and book reviews.

settler societies and intent on participating in efforts of decolonization can productively resist the impulse to home the settler child on Indigenous lands and instead radically question the ways in which we construct home and belonging through the figure of the child.

Nolte-Odhiambo analyzed Lois-Ann Yamanaka’s Wild Meat and the Bully Burgers (1996) and Matthew Kaopio’s Written in the Sky (2005), considering how these texts inscribe onto their young protagonists the complex and competing ontologies in the Hawaiian Islands.

Her second article, “Unhoming the Child: Queer Paths and Precarious Futures in Kissing the Witch,” appears in a special issue on “Metafamily” of the journal Pacific Coast Philology, published by Penn State University Press. The publication is the journal of the Pacific Ancient and Modern Language

Association and has been a leading west coast literary and cultural studies journal. It publishes peer-reviewed essays of interest to scholars in the classical and modern languages, literatures, and cultures.

Nolte-Odhiambo’s article focused on Emma Donoghue’s fairy-tale retellings for young readers, exploring the implications of stories that stray from the conventional script of children’s literature by rejecting normative models of belonging as well as happily-ever-after permanence. She found the retellings present radical

visions of queer futurity and kinship and upend normative child-adult relations, noting that Donoghue’s versions of “Cinderella” and “Hansel and Gretel” unhome their protagonists and cast them outside of heteronormative temporality.

Nolte-Odhiambo’s articles will be submitted to the James & Abigail Campbell Libraryʻs repository for faculty research, DSpace, and will be available for public download after embargoes lapse on them.