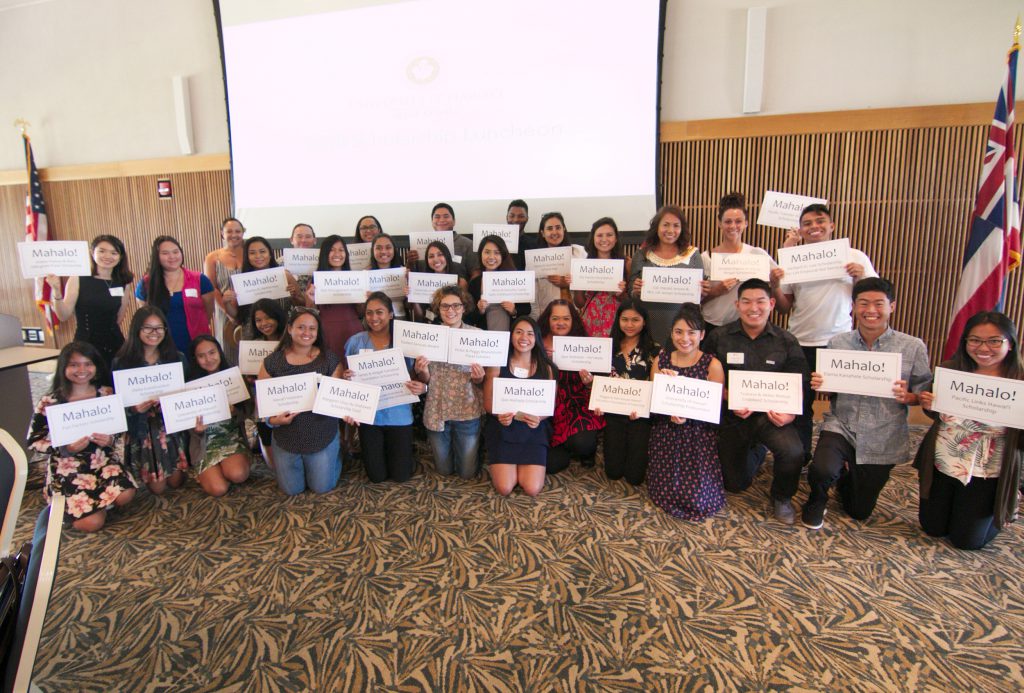 About a hundred UH West Oʻahu students receiving scholarships through the University of Hawaiʻi Foundation were honored and given a chance to meet with donors who funded their awards at a luncheon Friday.

“You don’t realize how your generosity touches lives,” said UH West Oʻahu junior Pearlena Stone, addressing the crowd of donors, students, and others. “You have made our dreams become a reality.”

Stone, who graduated from Waiʻanae High School in 1991 and has two sons, detailed her non-traditional student journey and explained the two scholarships she’s received this year has helped in multiple ways – she has more time to work on assignments and join clubs and organizations that help further her college experience, while also allowing her sons to attend college at schools on the mainland.

“This scholarship goes way beyond just providing an opportunity to stay in school,” said Stone in her heartfelt remarks. 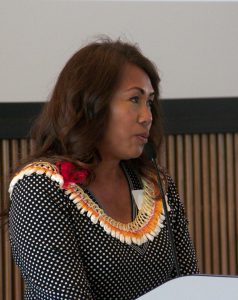 Speakers thanked the donors and reminded scholarship winners to give back after they leave school and enjoy success.

Among the donors present were Gene and Susan Armacost, who established the Joshua Hagi Armacost Scholarship last year in honor of one of their sons. Gene Armacost is an alumnus of UH West Oʻahu when it was known as West Oʻahu College and held classes at the Newtown Square office building in ʻAiea.

Armacost still remembers the college’s faculty and that his graduating class was about 40 people. His family valued education and he has made a point of contributing what he can to the UH Foundation and a small college in Maryland that his family has ties to.

He said when he and his wife talked about funding a scholarship, he said it should benefit UH West Oʻahu. “I graduated from here,” said Armacost.

The event was held for the first time last September and called attention to the more than $150,000 of scholarship money awarded to UH West Oʻahu students in the prior year.  Donors also attended the lunch and were thanked for their support of scholarships or programs supporting UH West Oʻahu.

UH West Oʻahu Chancellor Maenette Benham also addressed the luncheon held on campus, as did Malia Peters, director of scholarship development for the UH Foundation, the primary fundraising organization for the UH System. In the 2017-2018 year UH West Oʻahu students received more than $220,000 in scholarship awards.

The foundation manages more than 1,650 scholarship accounts and last year distributed more than $20 million in aid to students at the UH System’s 10 campuses. The following scholarship awards were made through the UH Foundation: