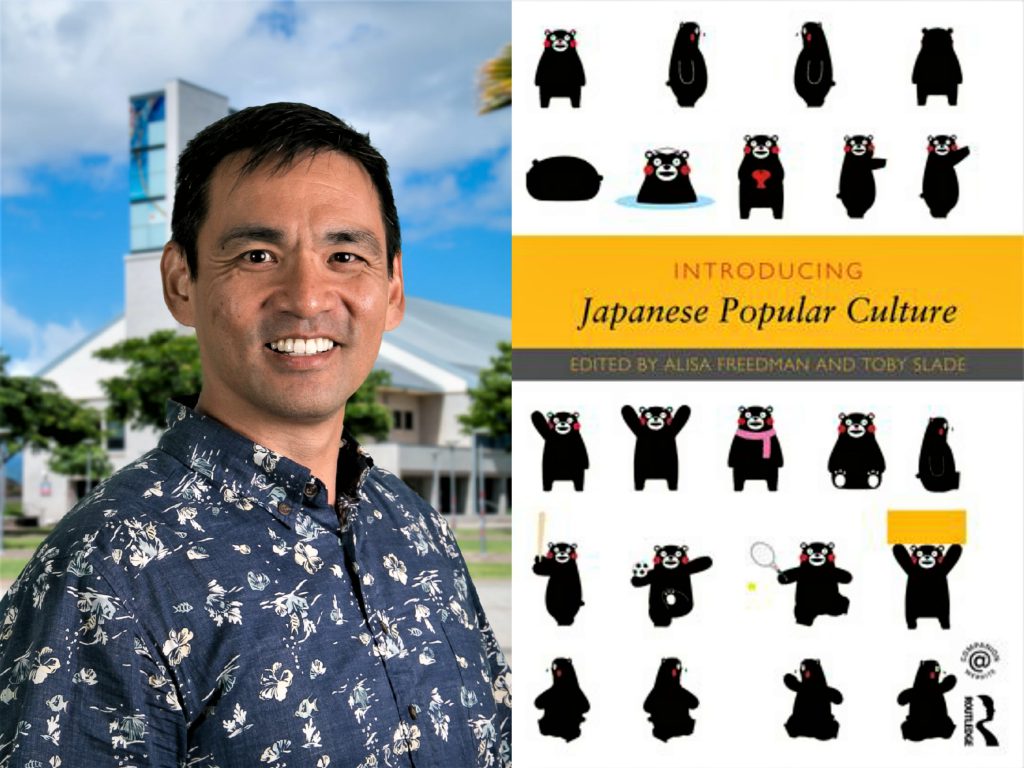 A chapter on Japanese Americans who helped shape the Japanese popular music history by UH West Oʻahu Associate Professor of History Jayson Chun has been included in the textbook “Introducing Japanese Popular Culture.”

Dr. Chun’s chapter is one of five on music in the 568-page textbook, which uses case studies as a vehicle to travel broader themes in Japanese culture and provide an analysis of the historical and contemporary trends shaping artistic production, as well as, politics, society, and economics.

Chun penned the passage titled “The ‘Pop Pacific’: Japanese-American Sojourners and the Development of Japanese Popular Music.”  The chapter will be used in a class that will be taught at UH West Oʻahu for the first time this fall, HIST/MUS 369, “K-Pop and J-Pop: Korean & Japanese Popular Music & Society.”  Chun, who teaches the course, said it will be offered every other year thereafter.

“Two of the people I am featuring are Johnny Kitagawa (a music producer with three Guinness World Records for most groups with #1 hit singles, most #1 singles produced by a individual, most groups with a #1 songs, and most concerts produced) and Utada Hikaru, a popular Japanese American from New York,” wrote Chun in an email. “So what we call J-pop is actually transnational music.”

He said he is working on a book to be called “Pop Pacific,” which will delve into U.S. influence on the music of East Asia (Japan and Korea) and how much of it is transnational music.

“A lot of people in the U.S listen to K-Pop (Korea pop) and J-Pop these days, so the circle is now complete,” Chun said, explaining research for his work was done by combing through old newspaper articles and others found on the Internet.  He’s used the research to teach summer classes at the University of Hawaiʻi at Mānoa with Dr. Pat Patterson, an assistant professor of history at Honolulu Community College.

Chun’s work has been submitted to the James & Abigail Campbell Libraryʻs repository for faculty research, DSpace, and will be available for public download after an embargo lapses in August 2019.