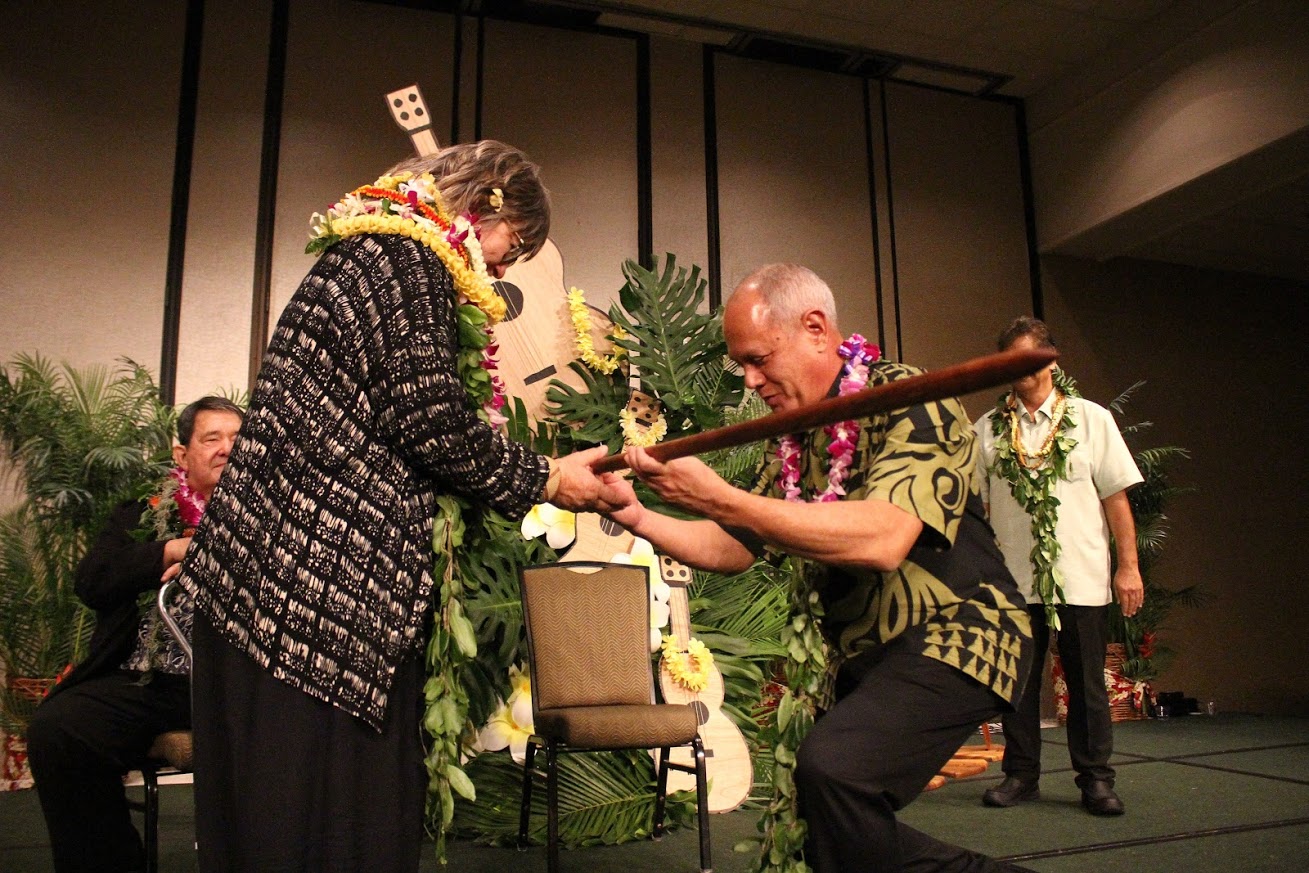 The prestigious ʻŌʻō Award bestowed by the Native Hawaiian Chamber of Commerce has been presented to Heather Giugni, an Emmy-nominated producer, documentarian, pioneer in Hawaiiʻs video production community, and advocate for moving image preservation who serves as the cultural collections specialist and producer for the ‘Uluʻulu archive on the UH West Oʻahu campus.

Giugni received her award during a gala event in late April, joining the ranks of prominent public servants, business people, trustees, military people, doctors and others who have received the award. She and Marleen Akau, vice president and general manager of the Royal Hawaiian Center, and Jan Dill, founder of Partners in Development Foundation, were bestowed the honor by Native Hawaiian Chamber of Commerce President Rick Fernandez. 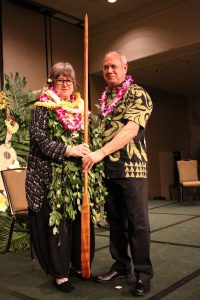 “Each one of these individuals have dedicated their lives to holding steadfast to our Hawaiian values, culture and genealogies that have been passed down by our ancestors, including the responsibility to perpetuating who we are as Hawaiians and as leaders in the modern world,” noted Fernandez, writing about current and past honorees.

Giugni, a Kamehameha Schools graduate, has worked on filmmaking, producing and preserving media content, ranging from production of hundreds of documentaries and short films about Hawaiʻi, to work on broadcasts of the Merrie Monarch Festival and was a founding member of Pacific Islanders in Communications as well as a former board member of ʻŌlelo: The Corporation for Community Television. She also co-founded Juniroa Productions and Rock Salt Media, which produced the Emmy-nominated Family Ingredients series.

Her work has included a stint as a state representative (appointed by Gov. Neil Abercrombie in 2012) and was a founding member of ‘Uluʻulu: The Henry K. Giugni Moving Image Archive of Hawaiʻi. The archive serves as the official state archive for moving images for Hawaiʻi.

The Ōʻō Award honorees are selected based on significant contributions to improve their communities and the well being of Native Hawaiians. Each received a hardwood ʻōʻō, or digging stick, honoring the recipients sense of firmly rooted values, skill, dedication to service and business acumen.