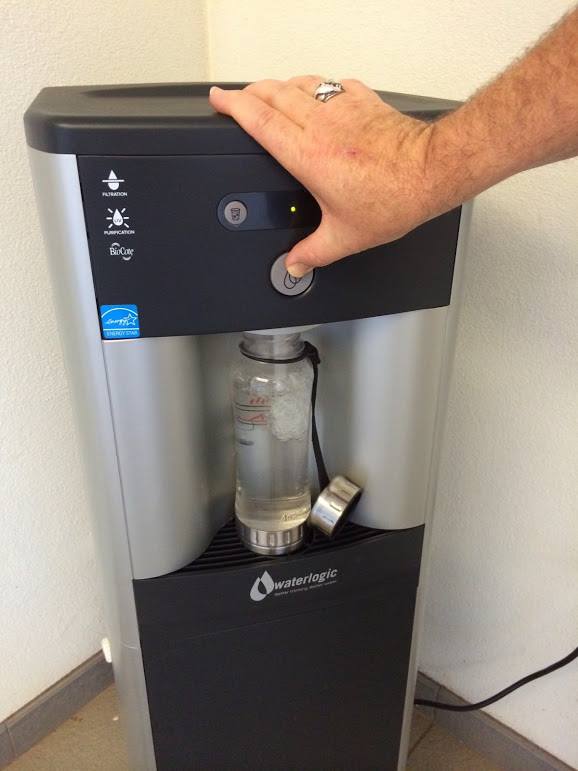 The UH West Oʻahu Green Tracker Water Filling Station passed yet another milestone on its first anniversary this summer. UH West Oʻahu prevented 880 pounds of carbon dioxide from entering the atmosphere since July 30, 2014 when the station was first installed in the Laboratory Building. By filling up reusable containers instead of purchasing plastic water bottles, students, faculty and staff have saved 775 pounds of plastic or 21,500 plastic water bottles from use in one year.

Fill up your bottle with refreshing filtered water (cold or hot) at the filling station on the first floor of the Laboratory Building across from the E132 classroom! The UHWO Green Tracker Water Filling Station was funded by the Office of Naval Research Grant as part of the University’s establishment of a STEM Center of Excellence. For more information, read the news release.