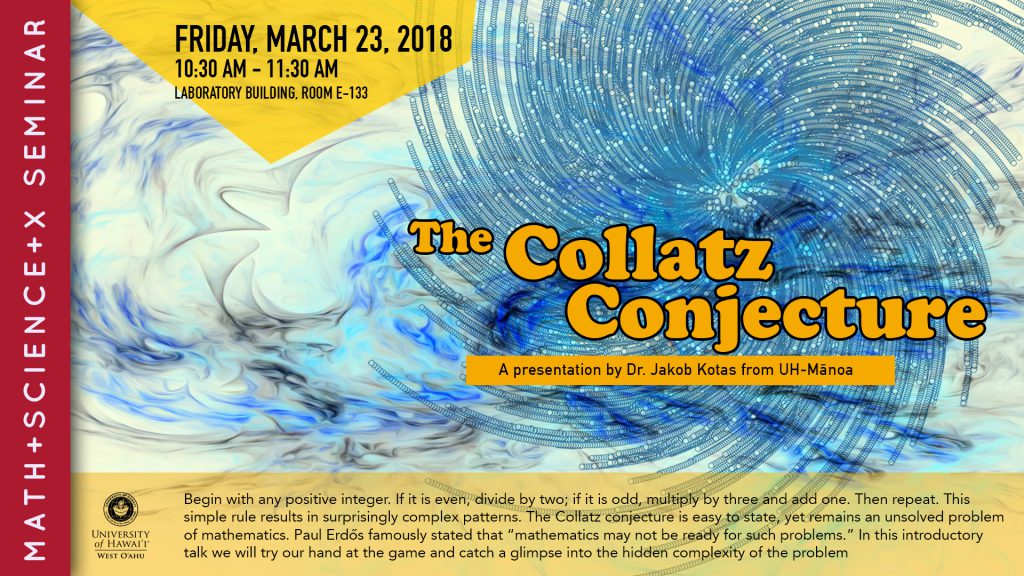 Dr. Jakob Kotas, a temporary assistant professor in the University of Hawaiʻi at Mānoa’s Department of Mathematics, will give a presentation on The Collatz Conjecture, which has remained unsolved since it was first introduced by German Mathematician Lothar Collatz in 1937.

Kotas is on leave from the University of Portland, where he is an assistant professor in the Department of Mathematics. His interests include using a variety of mathematical tools, including optimization, Bayesian learning, stochastic dynamic programming, and numerics to solve applied problems. 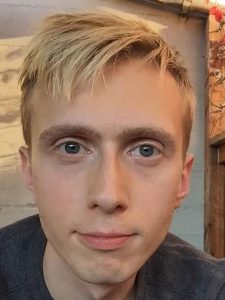 Lothar Collatz produced important mathematical work, but is best known for a presenting novel problem for his colleagues to prove or disprove. Kotas will discuss the conjecture which challenges people to take a positive integer, which is divided by two if it is an even number. If it is an odd number, it is multiplied by three, to which one is added. By repeating these steps the problem solver will eventually end up with the number 1.

According to Kotas, the Collatz Conjecture is easy to state, yet remains an unsolved problem of mathematics. To date no one has found a number which doesn’t work with it, yet no one has proven the conjecture is always true, per the French website DCode.fr.

Hungarian Mathematician Paul Erdős famously stated that “mathematics may not be ready for such problems.” In this introductory talk, Kotas will delve into the game and to catch a glimpse into the hidden complexity of the problem.