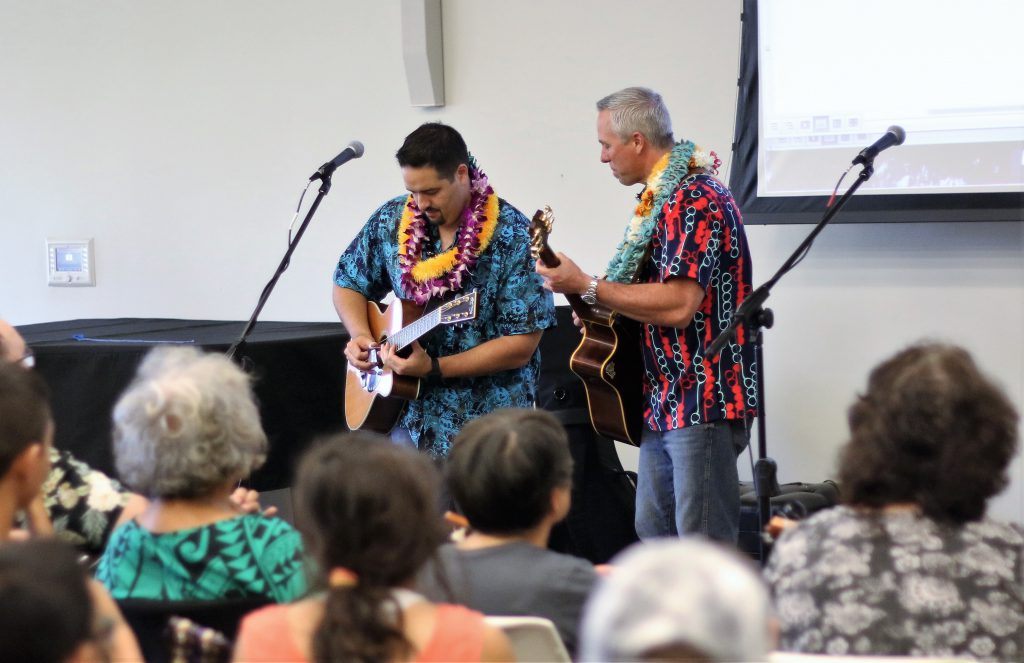 The talk-story and jam session begins at 3 p.m. and ends at 5 p.m. in the UH West Oʻahu dining hall. Students, faculty, staff, and the community are invited to attend and to bring an instrument, learn a mele, and kanikapila with these premier Hawaiian music artists. Hoʻokani Kulanui is sponsored by the UH West Oʻahu PIKO Project, which is funded by a U.S. Department of Education Title III grant, and the UH West Oʻahu Humanities Division and music program.

Moderow is a member of the Nā Hokū Hanohano Award-winning group Maunalua and known for his falsetto singing. When President Barack Obama was first took office in 2009, Maunalua received the call to perform at inauguration festivities.

Kimokeo is a member of the Nā Hokū Hanohano Award-winning group Hiʻikua and previously served as director of the UH West Oʻahu’s Hawaiian Ensemble.  He also performed at Obama’s 2013 inauguration festivities and now teaches at Windward Community College where he is director of the Hawaiian Music Institute.