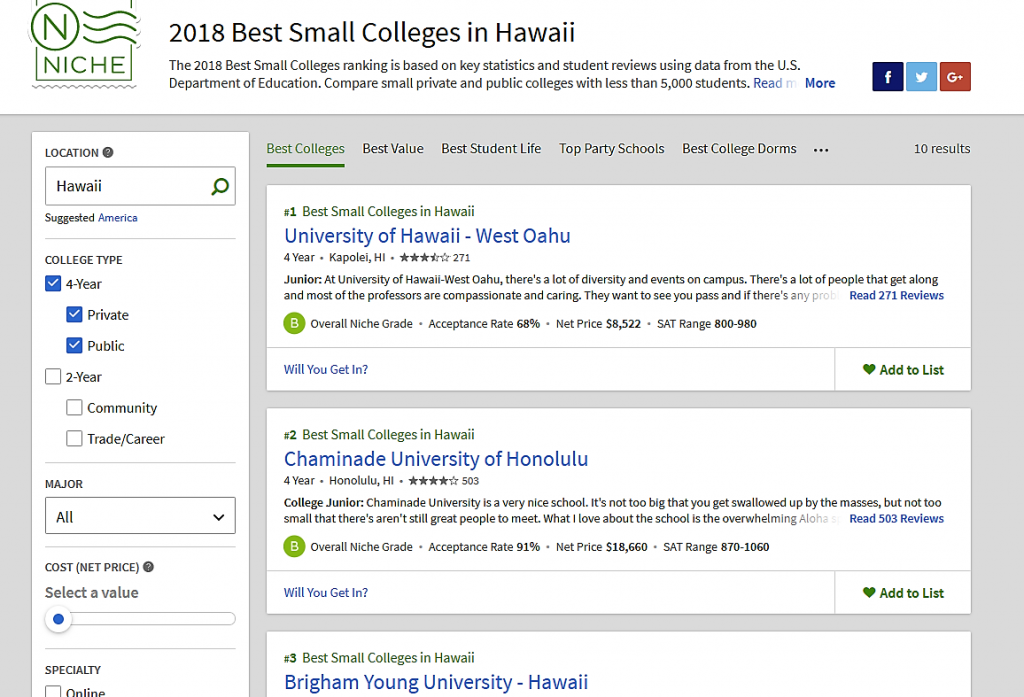 UH West Oʻahu was given an overall grade of “B,” after Niche reviewed academics, value, professors, student life, student survey, campus quality, diversity, local area, and safety. UH West Oʻahu earned its highest category grade of A+ for safety and its lowest of C for location, while professors graded out at a B+ and academics received a B-.  There were no grades earned for athletics, dorms or campus food.

“I loved my school,” wrote an alumnus who was quoted by Niche and awarded the school five stars. “The campus is still new and growing and growing.  The class sizes are small so you get the most out of the classes and you aren’t just a number.”

Only the University of Hawaiʻi at Mānoa received higher grades out of the eight colleges Niche ranked in Hawaiʻi, earning a B* overall grade.