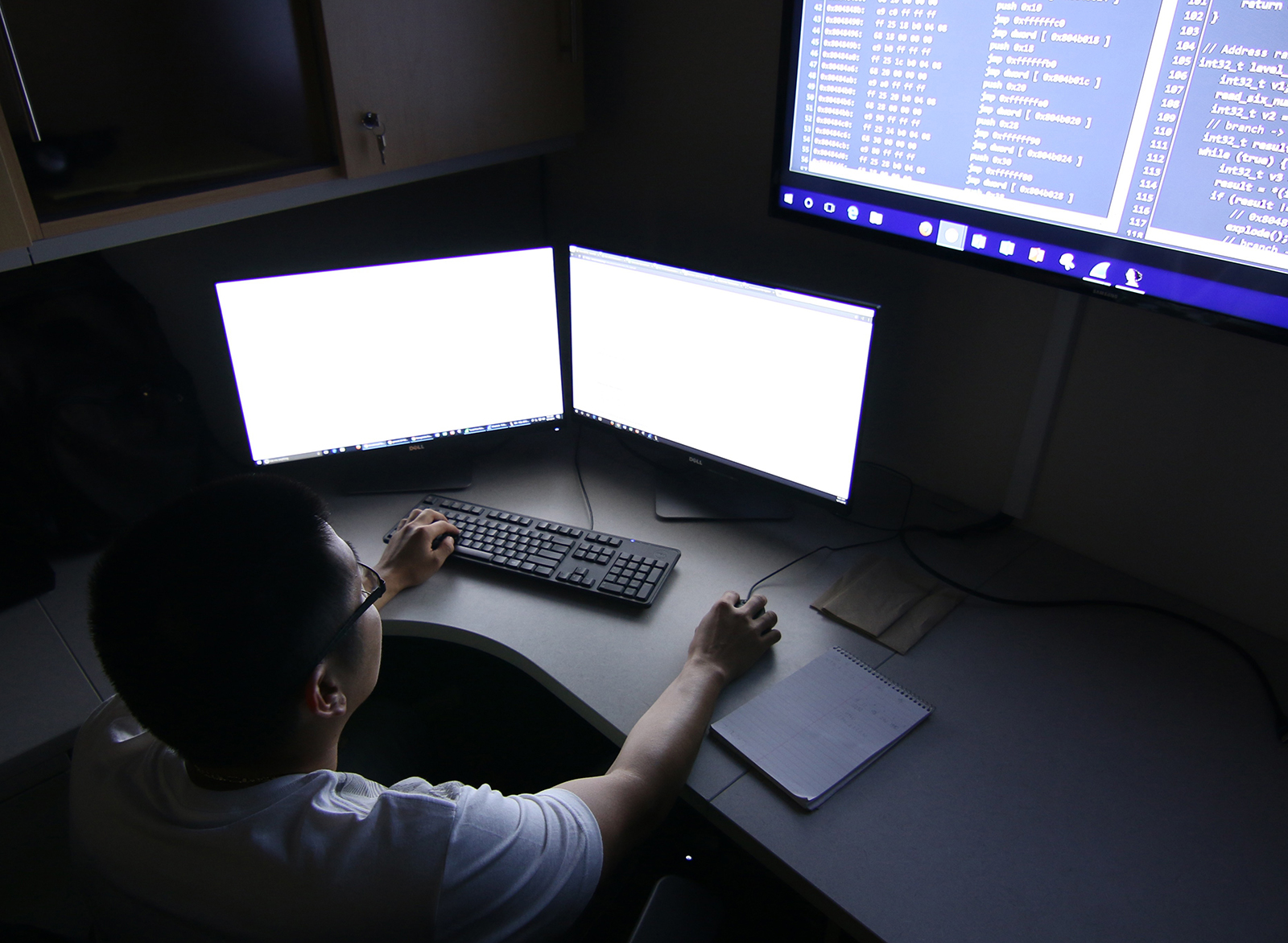 Despite facing a few logistical challenges, a cyber security team from the University of Hawaiʻi placed third in a national competition behind the prestigious U.S. Military Academy in West Point and the University of Central Florida.

The contest provided competitors with real-world, high-pressure situations to aide them in understanding the vulnerabilities of today’s global threat landscape. Part of the difficulty for the Hawaiʻi-based team was that the online competition started at 2 a.m. Hawaiʻi time on Thursday, Oct. 19, and completed at 11 a.m. Hawaiʻi time on Friday, Oct. 20. Because of the time difference, the HATS team, which convened at UH West Oʻahu’s James & Abigail Campbell Library, was limited to competing between 3 p.m. and 9 p.m. on Oct. 19.

“The challenges ranged from things such as SQL injection, service exploitation, network analysis, and even some basic reverse engineering. We were given two days to complete all of the challenges, but the start and end time was aligned more towards East Coast times, so we were at a disadvantage and really were only able to put half of a full day into the competition,” team captain Jayson Hayworth said.

“This competition caught us a bit off guard, we literally registered just the night before,” Hayworth said. “We thought that team sizes were unlimited and originally planned to have everyone on a big team, but then found out that it was split up into teams of four the morning of the competition, so there was a bit of scrambling to figure out what was going on. We had a ton of fun, but this was pretty difficult. All of the challenges were creative, and educational and we learned a lot. We just wish we could have spent more time on it/prepared better! Either way, it was still a ton of fun.”

UH West Oʻahu students Robert Kuakini and Bryan Tanaka also placed within the top 10 of the competition as members of another HATS team.