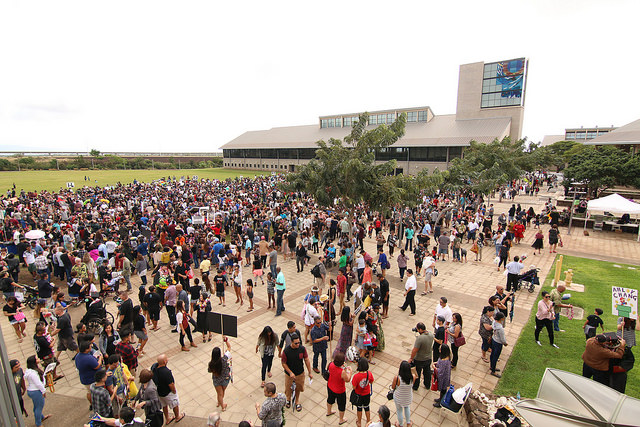 The University of Hawaiʻi-West Oʻahu’s enrollment growth led the nation during a decade-long period when compared to similar public colleges and universities.

That’s the finding of a ranking by the Chronicle of Higher Education, which found UH West Oʻahu’s gains in student enrollment between fall 2005 and fall 2015 were the highest among all U.S. public baccalaureate institutions.

UH West Oʻahu’s enrollment more than tripled (858 to 2,692, or almost 214 percent) during that period, topping enrollment growth at 87 other U.S. public institutions focused on four-year degrees.

The increase was more than 10 times the average growth for peer baccalaureate institutions in the ranking (19.4 percent).

The ranking was part of The Almanac of Higher Education 2017-2018, an annual look at the state of higher education that includes more than 80 tables and articles and is published by the Chronicle of Higher Education. UH West Oahuʻs top ranking was included in a group of tables under the heading, “Fastest-Growing Colleges, 2005-15”.

UH West Oahuʻs enrollment has been on an upward trajectory for more than a decade and continues to increase. The survey period used by the Chronicle of Higher Education included two significant events in the campusʻ history that resulted in more enrollment: In 2007 the school expanded from a two-year school with junior- and senior-level curriculum, to a four-year school that admitted freshman. In August 2012 the school moved to newly constructed facilities in Kapolei, giving the campus a permanent home.

The Chronicle of Higher Education is considered one of the leading publications covering college and universities with a newspaper readership of more than 215,000 and a website seen by more than 1.9 million unique visitors each month.