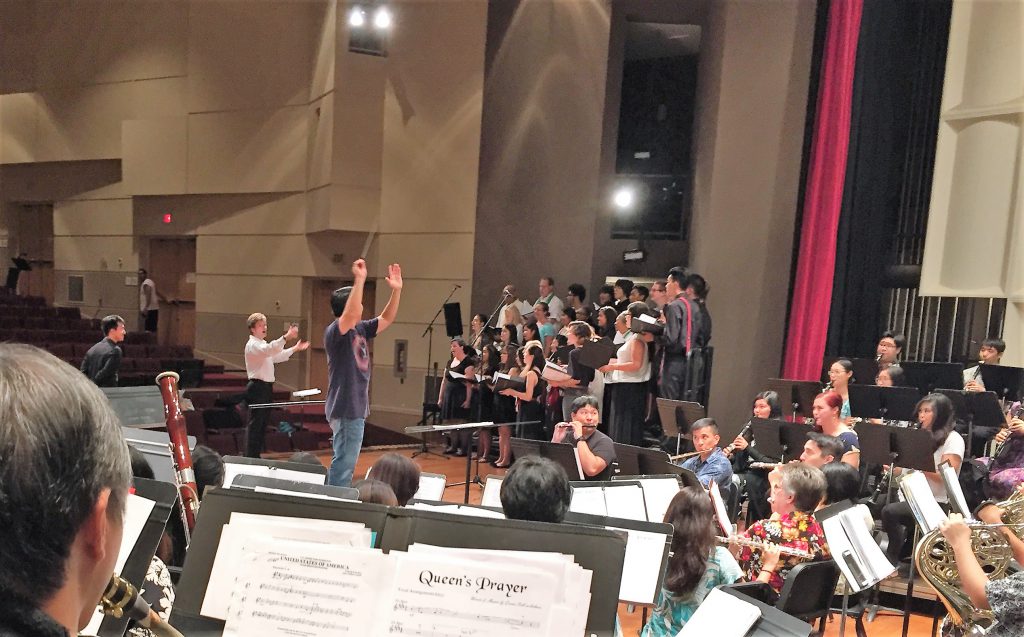 The UH West O‘ahu University Band welcomes new members as the band begins its fourth season at the University.  The band typically attracts 40 to 50 members who must pass an audition and are expected to have prior experience and adequate training on their instrument.  The band plays original wind compositions, transcriptions/arrangements of orchestral compositions, light music, and popular tunes.

High school students interested in joining the UH West O‘ahu band should speak with their college counselor about applying for the Running Start or Early Admission program. All interested participants should contact Kamei at ckamei@hawaii.edu to schedule an audition. For all other questions, contact UH West Oʻahu Assistant Professor of Music, Dr. Jon Magnussen at jonmagnu@hawaii.edu. 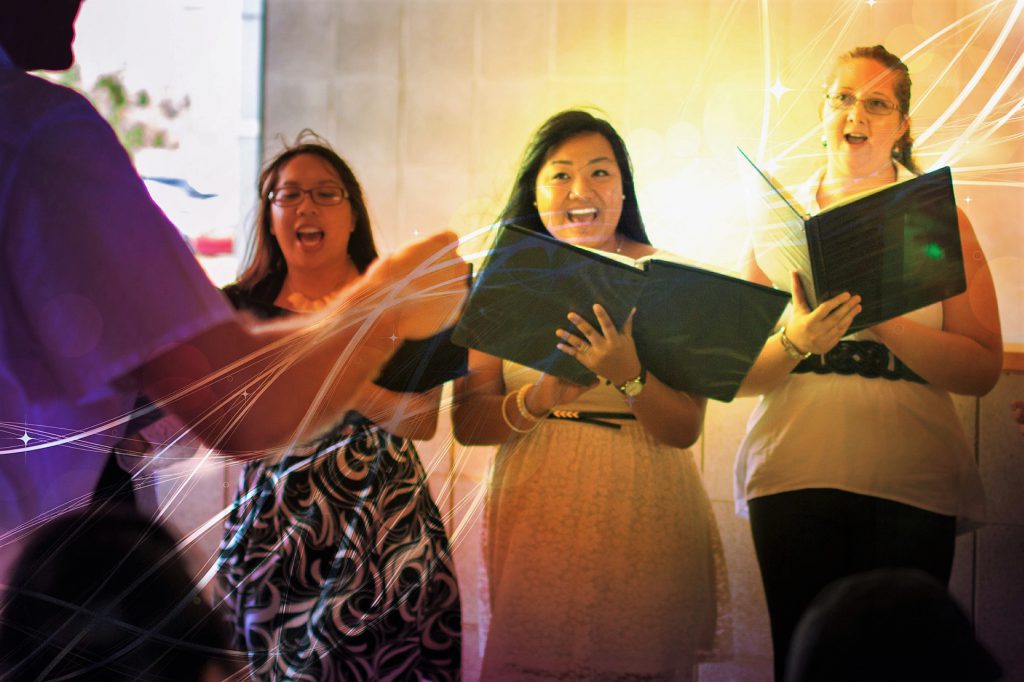 The UH West Oʻahu University Chorus (MUS 114), under the direction of Magnussen, also welcomes new members for its fall 2017 season.  There is no audition for the Chorus and participants learn vocal technique, musicianship, listening and ensemble skills. The ability to read music is not required.

The Chorus typically attract 15 to 20 people with rehearsals beginning on Tuesday, Aug. 22, and continue on Tuesdays and Thursdays from 11 a.m. – 12:20 p.m. at UH West Oʻahu. The University Chorus welcomes community musicians in addition to UH West Oʻahu students, faculty and staff. Members will sing choral literature from the Renaissance to the present.

Highlights of the University Chorus’ fall semester include the Winter Concert. For more information, contact Magnussen at jonmagnu@hawaii.edu.

View a video performance of the UH West Oʻahu University Chorus performing in the UHWO Library.

The UHWO Hawaiian Ensemble (MUS 211/MUS 311) is open to all students who can sing or play an instrument, such as  a guitar, ukulele or bass.

Directed by kumu Kamuela Kimokeo, students work in small groups on Tuesday and Thursdays from 12:30-1:50 p.m. to create arrangements in the nahenahe (sweet, gentle) style and practice group performances, honing their kani ka pila (style of Hawaiian music produced in a group setting during an impromptu jam session) skills as collaborative musicians. During the semester, students participate in Hoʻokani Kulanui – with well-known local Hawaiian musicians. This semester Sean Naʻauao (Oct. 12) and Nathan Aweau (Nov. 9) will join the classes, thanks to support by the PIKO Project (Title III) and the Humanities Division.