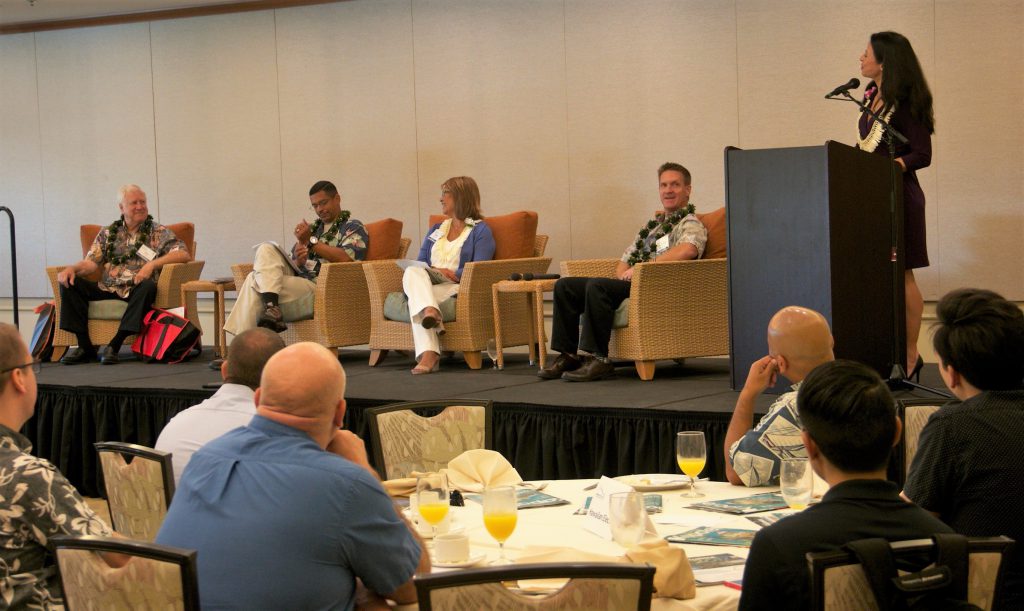 Graduates of UH West Oʻahu’s information security and assurance concentration help to address the need for cybersecurity workers to protect the nation’s critical infrastructure, according to Matt Chapman, Associate Professor of Information Technology and Cybersecurity, who recently sat on a panel about cybersecurity.

The university is the only four-year program in Hawaiʻi to be designated a National Center of Academic Excellence in Cyber Defense Education by the National Security Agency and the U.S. Department of Homeland Security, Chapman added.

UH West Oʻahu’s bachelor’s degree with a concentration in information security and assurance graduates nearly forty students every year, most of whom have secured jobs by the time they graduate.

Other panelists agreed there was a great demand for cybersecurity workers both nationally and right here in Kapolei.

“There’s a tremendous lack of trained cybersecurity professionals,” said Chapman said at the breakfast event that attracted more than 100 people. He said the UH System has been doing its part by modifying curriculum to meet standards set by the Department of Homeland Security and other agencies.  He said UH West Oʻahu graduates earn a starting salary ranging from $35,000 to $80,000 a year depending on their employers.  Those working for government entities can find their pay escalates quickly after they gain some experience.

UH West Oʻahu offers a bachelor’s degree with a concentration in information security and assurance, the first of its kind at a public institution in Hawaiʻi and the Pacific. In response to national and state needs for graduates with education in cybersecurity, UH West Oʻahu, in cooperation with University of Hawaiʻi Community Colleges, state and federal law enforcement agencies, state security officials, and local businesses, developed an expansive security education program.

Arias, a special agent for the FBI Cyber Crime Squad, noted there is tremendous demand for people with cybersecurity backgrounds, because many criminal investigations now involve computers. He said the FBI’s starting pay is lower than what is offered by private sector to people with cybersecurity backgrounds but that the newly hired agents get the benefit of the FBI’s internal training and programs that allow the taking of classes at colleges and universities. 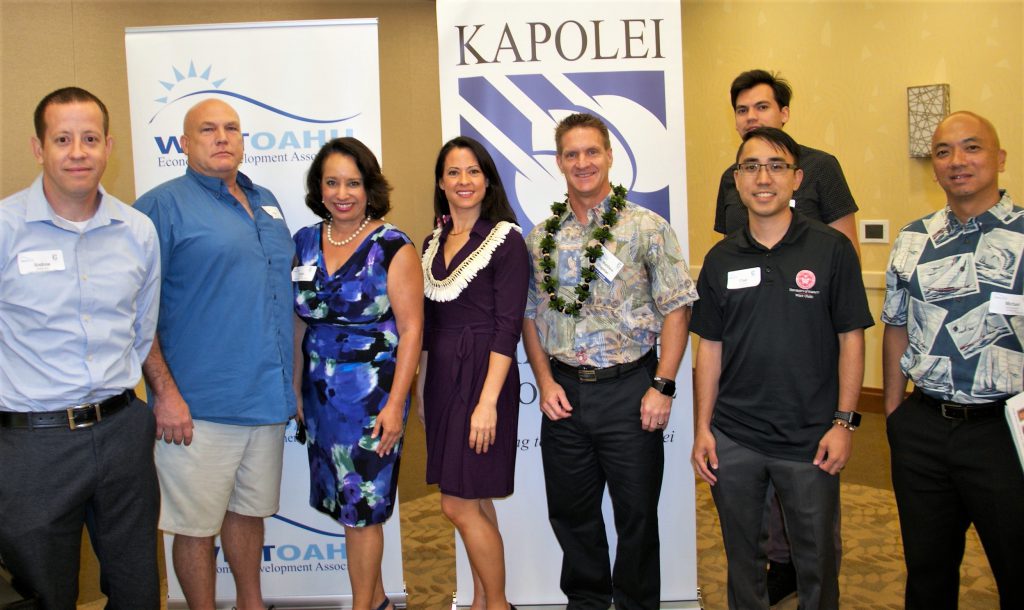 Panelists were also asked to list top cybersecurity threats facing individuals and businesses. They spoke of various schemes such as using technology such as phishing, social engineering, and ransomware. Chapman said people need to be aware of various entryways into their networks provided by Internet of things (IoT) devices such as smart TVs, internet-connected appliances, or smart devices. He emphasized that people should consider eliminating unnecessary pathways into systems that contain important information by disabling services that aren’t used.

He also explained how it was important to patch computer systems as soon as software updates are available to eliminate known vulnerabilities in those applications. Malicious actors look to exploit computer systems that haven’t been updated, Chapman said.

“It’s important to execute these updates as quickly as possible,” he said. “New vulnerabilities are being discovered every day, and it is important to keep pace to provide the best cybersecurity available.”