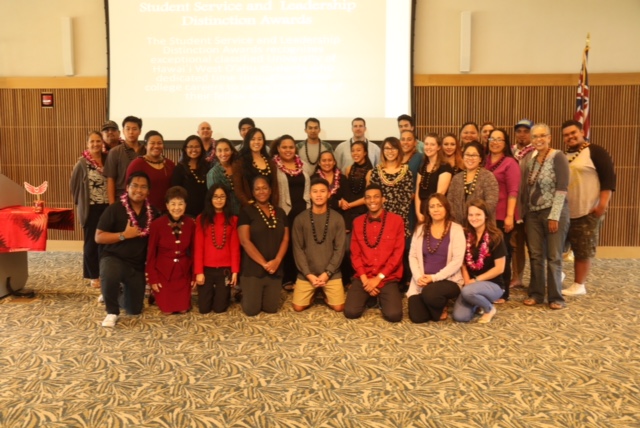 The 2016 Pueo Awards celebrated UH West Oahu’s outstanding students for their achievements in intramurals, service-learning, student employment, and student leadership at the Fall 2016 recognition ceremony and reception on Dec. 1.

Mahealani Kahala and Carla Sanders won the Student Service and Leadership Distinction Award, for exceptional students who dedicated their time throughout their college careers to serve the needs of their fellow students.

The awards, presented by the Campus Center Board, also honored professional staff/faculty who demonstrate commitment to supporting students and their development.

Congratulations to all of the awardess and honorees: