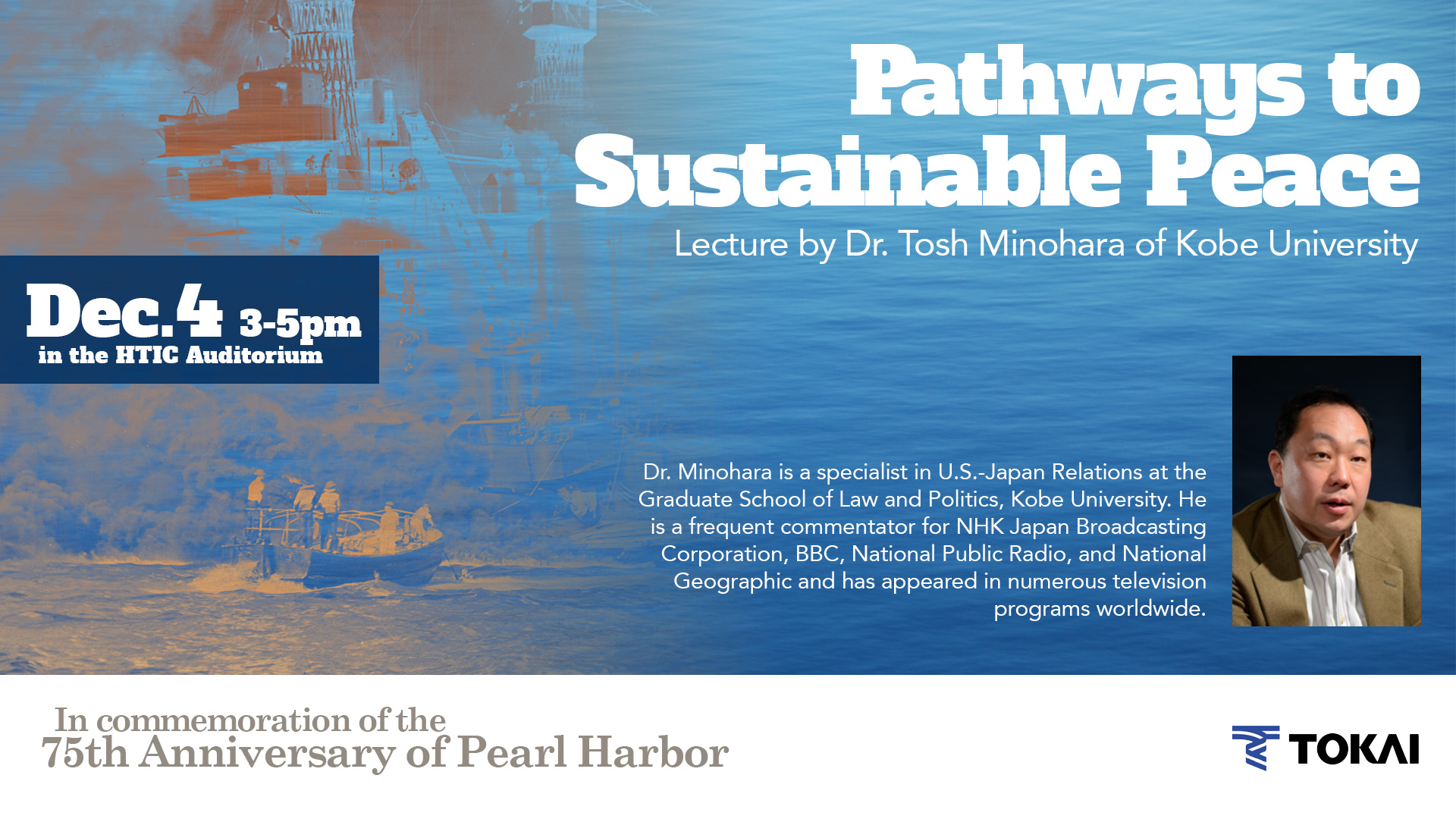 In commemoration of the 75th anniversary of Pearl Harbor, Hawaii Tokai International College will host an event on campus entitled “Pathways to Sustainable Peace.” The event features Dr. Tosh Minohara of Kobe University, a renowned expert who will speak on the future of the US-Japan relationship. Students will present 1,177 cranes to the USS Arizona Museum and participate in a multidisciplinary presentation.

The event is on Sunday, Dec. 4, from 3 to 5 p.m. at the Hawaii Tokai International College Matsumae Auditorium. Admission is free.

Dr. Matsumae Shigeyoshi – founder of the Tokai Educational System (TES) – was a high-ranking official of Prime Minister Tōjō Hideki’s government during World War II. He vehemently opposed the policies that prolonged the war. The Prime Minister, a military general, retaliated by sending Dr. Shigeyoshi to the front lines in the Philippines, where he expected Dr. Shigeyoshi would be killed. The Prime Minister then proceeded with his order for the surprise attack on December 7, 1941. After the war, the Prime Minister was arrested, sentenced to death for Japanese war crimes by the International Military Tribunal for the Far East, and hanged on December 23, 1948.

Dr. Shigeyoshi survived the war, and returned to Japan with a renewed commitment to promoting world peace through education. He founded the Tokai Educational System, which has become one of the largest private education and research institutions in Japan today. TES has eight campuses throughout Japan with over 30,000 students. Hawaii Tokai International College, one of the TES campuses, will celebrate 25 years in Hawaii in 2017.