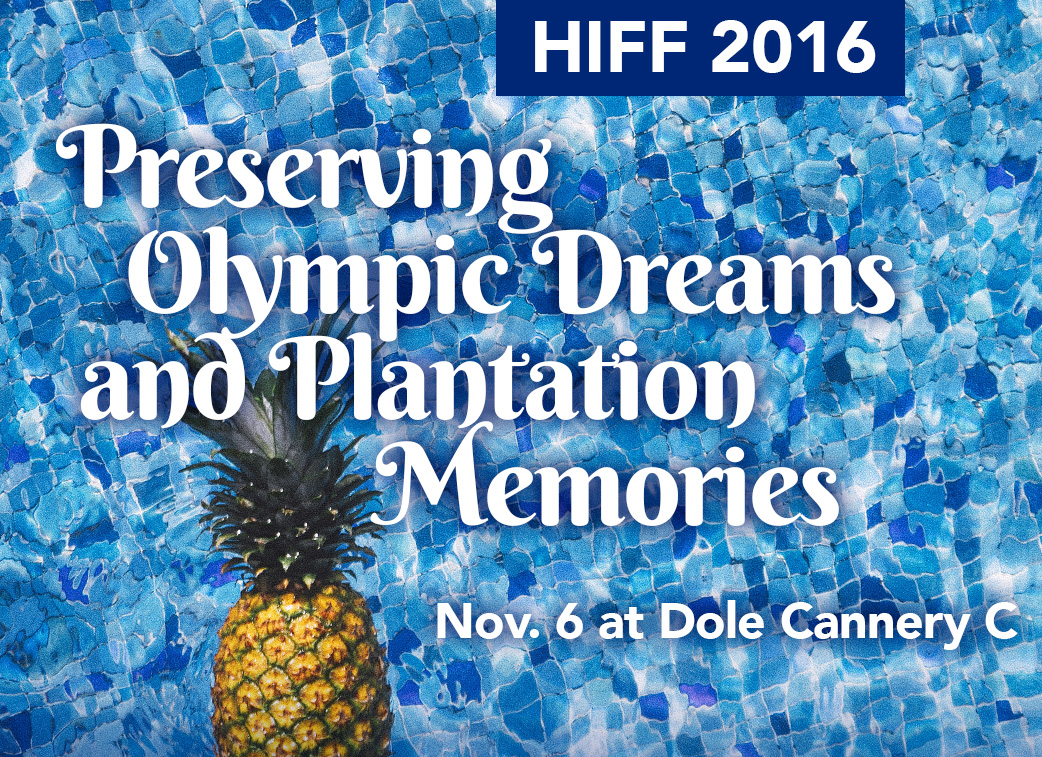 “Preserving Olympic Dreams and Plantation Memories,” a restored and digitized edition of the 1984 documentary, “Coach,” was originally produced by the Center for Labor Education & Research (CLEAR) as part of CLEAR’s Rice & Roses television series. The half hour program tells the story of how Maui plantation kids, banned from the whites-only swimming pool, trained in irrigation ditches in the 1930s. Finding strength and determination through the sport, the group went on to win national and even Olympic championships under Coach Soichi Sakamoto.

This special HIFF program highlights a collaborative preservation and digitization effort (the Rice & Roses Digitization Project), sponsored by ‘Ulu ‘ulu, Hawai’i Council for the Humanities (HCH), and CLEAR that will provide public access to hundreds of hours of never before seen film, videos, and full length interviews that document Hawaiʻi’s plantation era. The digital files will be available to educators, students, and researchers to bring images of a bygone era to life and enrich the understanding of Hawaiʻi plantation and swimming history.

The “Coach” collection has full length interviews with coach Sakamoto and champion swimmers such as Olympic Gold medal winner, Bill Smith, National champions Keo Nakama, Fujiko “Fudge” Katsutani, Chieko “Chic” Miyamoto, and other champions. Also featured are scenes of competition at the Honolulu Natatorium, Maui’s Camp Five Pool, and national swim meets in the 30s and 40’s. There are nostalgic moments of the swimmers leaving Honolulu on the liner Matsonia and their adventures on the mainland. Outtake excerpts from this collection will follow the screening of the 30-minute documentary.

The screening includes scenes of an almost forgotten past, but also looks ahead to how preservation and digitization of the Rice & Roses plantation era collection can be used by teachers, students, researchers and community groups to make history come to life. The Rice & Roses collection is comprised of more than 3,000 video tapes documenting the plantation era.

“Preserving Olympic Dreams and Plantation Memories,” is part of an initial preservation and digitization grant from HCH. This free screening event will be followed by a special panel discussion presented by ʻUluʻulu. The panel discussion will include commentary on the never-before-seen footage narrated by Julie Checkoway, writer of the New York Times bestseller, “The Three-Year Swim Club: The Untold Story of Maui’s Sugar Ditch Kids and Their Quest for Olympic Glory.” Other panelists include ʻUluʻulu Head Archivist Janel Quirante and “Coach” Director Joy Chong-Stannard. Audience involvement is encouraged.

Tickets for the free screening can be reserved through the Hawaii International Film Festival website.

CLEAR is designed to provide labor education, research and labor-related programs to workers, their organizations and the general public through a variety of methods including classroom instruction, seminars, workshops, publications, the internet and other public media. For more information call (808) 689-2760 or visit clear.uhwo.hawaii.edu

The ʻUluʻulu Henry Kuʻualoha Giugni Moving Image Archive of Hawaiʻi is Hawaiʻi’s official moving image archive located in the UH West Oʻahu Library. The mission of the ʻUluʻulu Archive is to perpetuate and share the rich moving image heritage of Hawai‘i through the preservation of film and videotape related to the history and culture of Native Hawaiians and the people of Hawai‘i. For more information call (808) 689-2740 or visit uluulu.hawaii.edu.