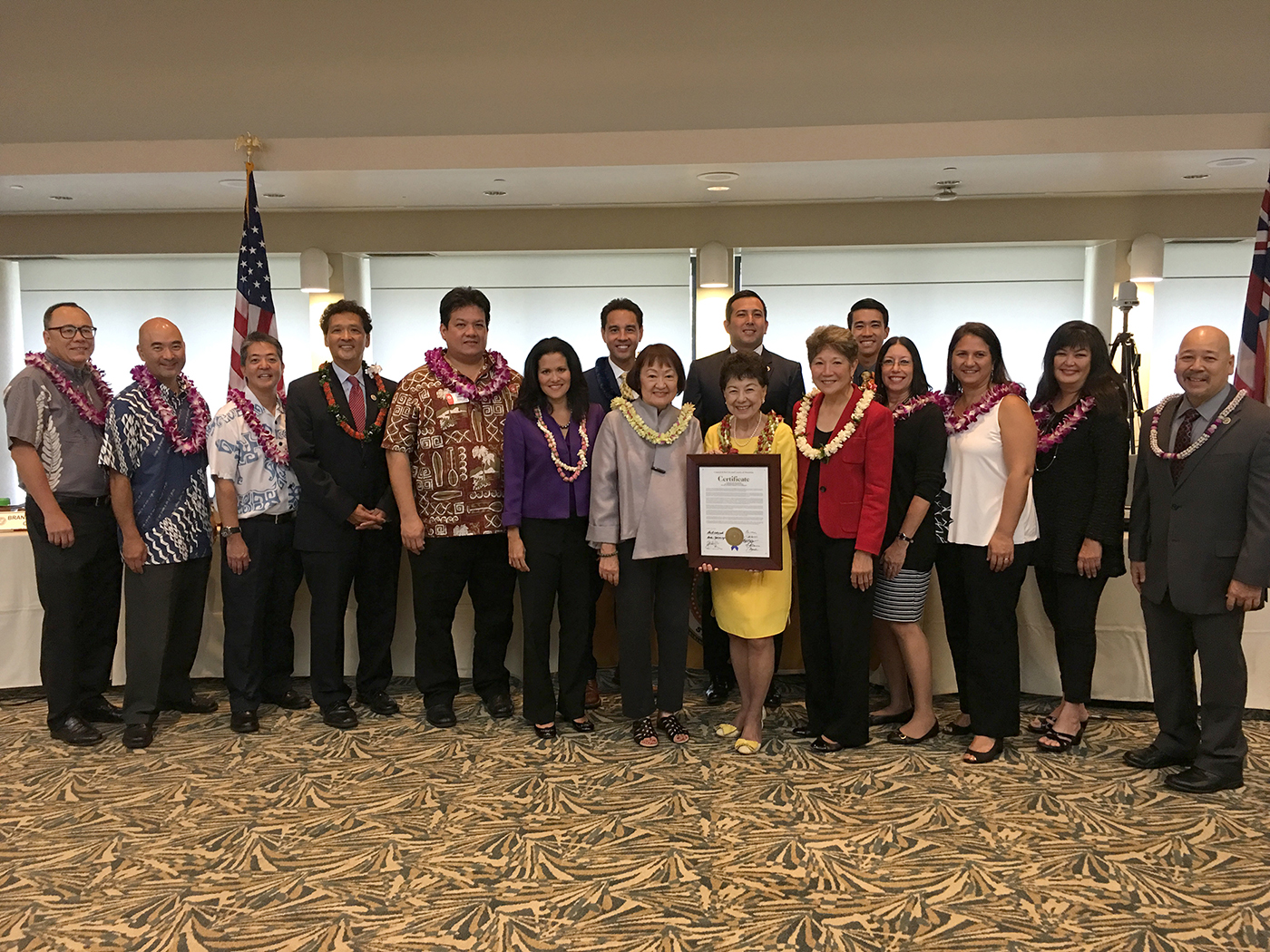 Interim Chancellor Doris Ching receives a certificate of recognition from members of the City Council.

The Honolulu City Council presented UH West Oʻahu interim Chancellor Doris Ching with a certificate to honor her “lifetime of service to the community” at its Council meeting, held at the UH West Oʻahu campus on July 6.

The certificate reads in part that: “Dr. Ching has demonstrated the highest commitment to students and educators at the University of Hawaiʻi, as well as the State of Hawaiʻi’s Department of Education.”

The certificate quotes U.S. Congressman Mark Takai as stating that Chancellor Ching is a “close friend and mentor.” It also recognizes her work as a “strong advocate for student concerns,” and her distinction of being the first female Vice President at UH.