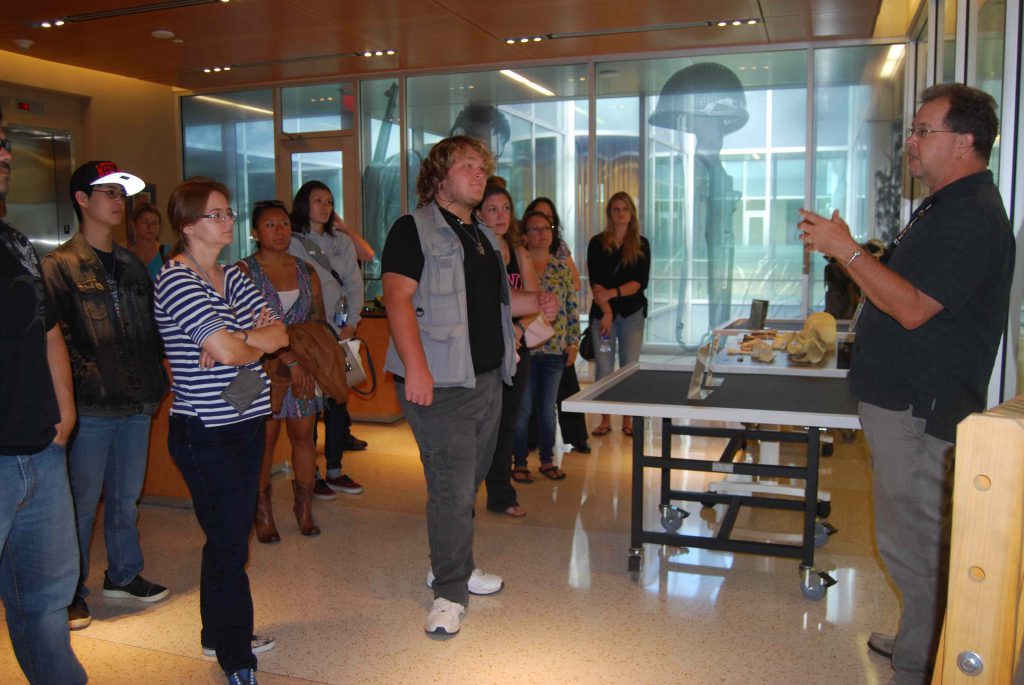 UH West Oʻahu Anthropology Club students were treated to a rare glimpse of the Senator Daniel K. Inouye Defense POW/MIA Accounting Agency Center of Excellence at Hickam Air Force Base, headquarters of the Defense POW/MIA Accounting Agency (DPAA) on April 29. At the center, former Deputy Director of the Central Identification Laboratory and UH West Oʻahu Assistant Professor of Archaeology, William Belcher spoke with students about the primary purpose of the DPAA, identifying and accounting for missing service personnel, and specific forensic anthropology techniques used in identifying the remains of soldiers from World War II, the Korean War, the Vietnam War, the Cold War, the Gulf War and other armed conflicts. The DPAA is mandated by the U.S. Congress to complete 200 missing persons identifications a year.

“We look at the biological profile of age, sex, ethnicity or race, stature or height, and any trauma associated with an individual, and all these statistics we compare to the personnel files, the personnel records of the individual,” Dr. Belcher said. 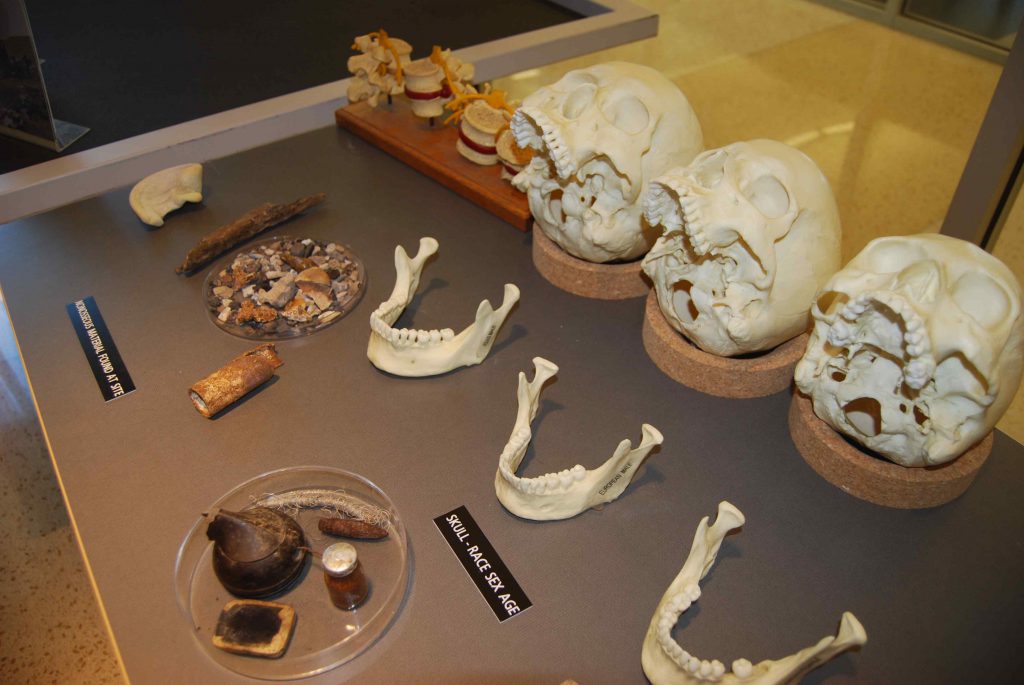 The students toured the secure laboratory where forensic anthropologists identify the remains of fallen soldiers that are laid out on dozens of long tables. “So each table can have multiple individuals or a single individual,” explained Dr. Belcher. “We have cases from the Battle of Tarawa in November 1944 in the Republic of Kiribati. We’ve got material from the U.S.S. Oklahoma (U.S. Battleship) from December 7, 1941, and we have other cases from Vietnam and the Korean Wars.” 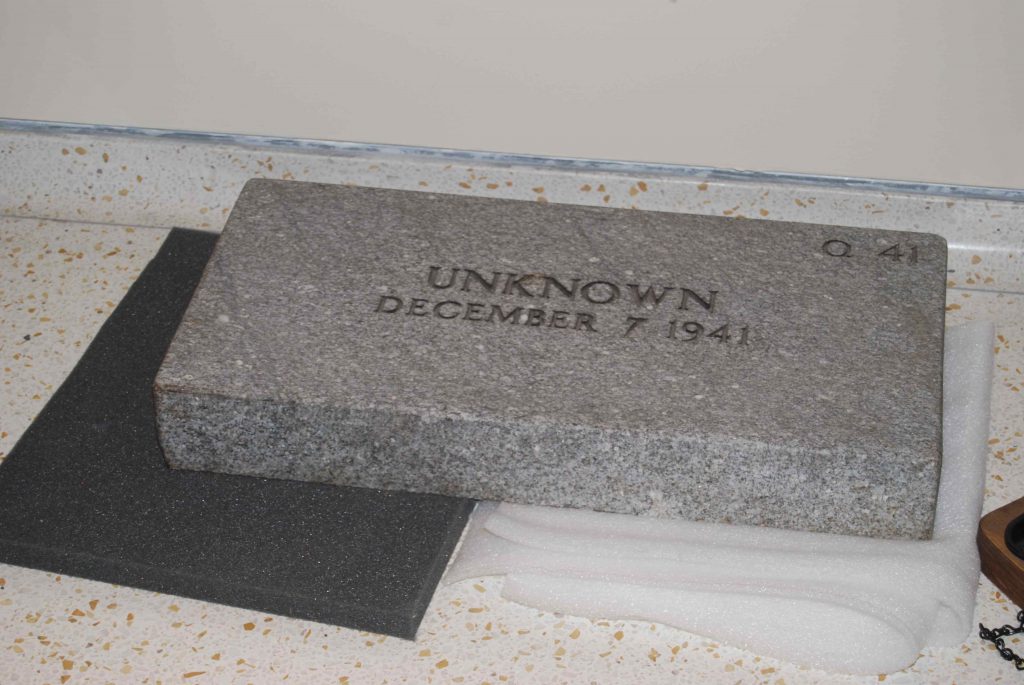 Tombstone of the unknown on display at the Senator Daniel K. Inouye Defense POW/MIA Accounting Agency Center of Excellence at Hickam Air Force Base.

The students also viewed non-human remains on display at the center including aircraft parts, artillery, and even uniform clothing and other artifacts from World War II and the Vietnam War.

“I think it’s important for them (the DPAA) to look and identify, and be able to return the bodies home,” said UH West Oʻahu anthropology student Alaina Gallaway after the tour.

UH West Oʻahu offers a Certificate in Applied Forensic Anthropology that provides students with a solid foundation in forensic anthropology and an introduction to the wider field of forensic science. In August 2015, then UH West Oʻahu Chancellor Rockne Freitas signed a renewal of the Memorandum of Agreement between UH West Oʻahu and the Defense POW/MIA Accounting Agency.