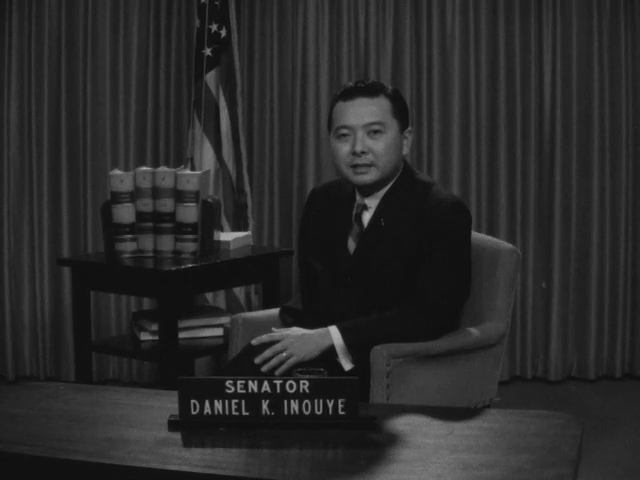 The ʻUluʻulu Henry Kuʻualoha Giugni Moving Image Archive of Hawaiʻi at UH West Oʻahu recently digitized archival video footage of the late Senator Daniel K. Inouye speaking to Hawaiʻi residents in Japanese. A complete translation of the video “Senate Recording Studios 1963” was not fully accessible to non-Japanese-speaking researchers until now. Through a collaboration with instructor Kristy Ringor and her History 281 students at neighboring Hawaii Tokai International College (HTIC), the ʻUluʻulu Archive now has a translation of the speech.

On Wednesday, Dec. 9, the ʻUluʻulu Archive will host a presentation where HTIC students will present findings from their translation work and provide context about Senator Inouye’s life at the time of the film. They will discuss differences between the English and Japanese language versions of the speech and the reasons for those differences. The discussion will address Inouye’s life; nuances of language focusing on the use of English and Japanese; and historical events including the assassination of President John F. Kennedy, mentioned by Inouye in the “Senate Recording Studios 1963” broadcast.

All UH West Oʻahu and Hawaii Tokai International College students, faculty, and staff and the community are encouraged to attend this free event. Happening on Wednesday, Dec. 9, from 10-11 a.m. in the UHWO Library ʻUluʻulu Archive Exhibition Space.