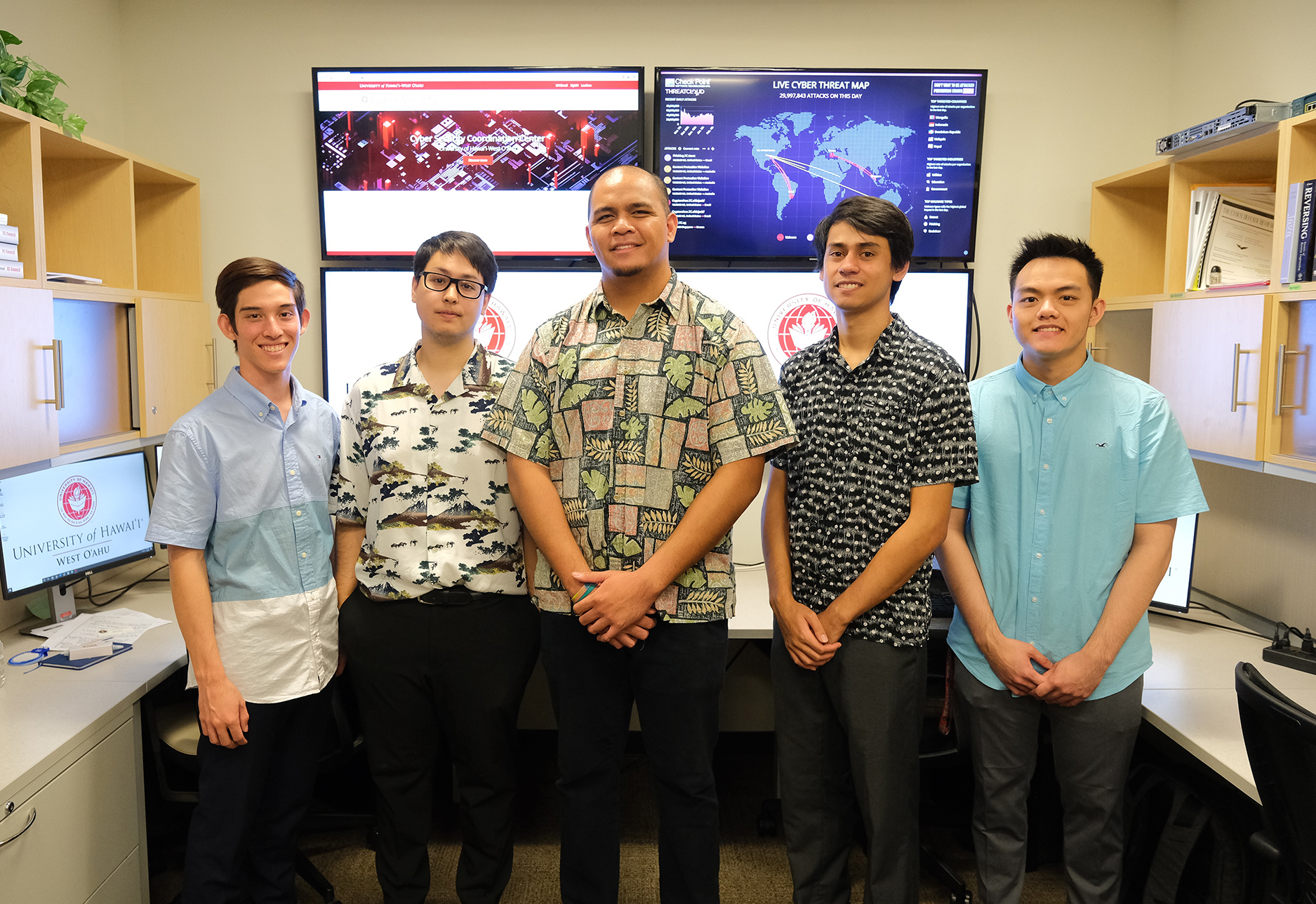 The University of Hawaiʻi–West Oʻahu Cyber Security Coordination Center hosted leadership from the National Security Agency Hawaiʻi on Feb. 5 in a continued strengthening of the partnership between the university and intelligence organization.

“The Cybersecurity Program within the Business Division at the University of Hawaiʻi–West Oʻahu has built a strong relationship with NSA Hawaiʻi, since the program earned designation by the National Security Agency and Department of Homeland Security as a National Center of Academic Excellence in Cyber Defense Education in 2016,” said Dr. Matthew A. Chapman, UH West Oʻahu Professor of Computer Science and Cybersecurity and head of the campusʻ cybersecurity program. 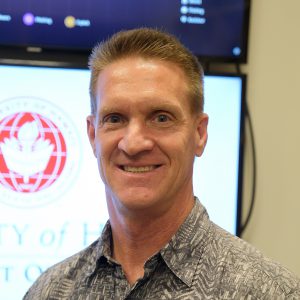 Both NSA Hawaiʻi and UH West Oʻahu have a shared goal to grow the cyber workforce in Hawaiʻi to protect our state and national interests, specifically the protection of our critical infrastructure, Chapman said.

“This partnership benefits our students with summer internships, our graduates with jobs, and our state with a local, highly technical, cybersecurity workforce that best understands our unique culture and the unique cybersecurity challenges in Hawaiʻi, said Chapman, adding that these students twice won the National Championship (2016 and 2018) in the National Cyber League against both undergraduate and graduate students across the United States.

“Our partnership also benefits both military and civilian employees of NSA Hawaiʻi who enroll in our cybersecurity programs to complete their bachelor’s degree or complete individual courses to increase their technical and cyber skills,” he said.

Wednesday’s event started with an introduction to the cyber programs at UH West Oʻahu by Chapman, followed by the student briefings.

NSA Hawaiʻi officials complimented the students on their research and presentations, and also inquired about their “dream jobs” after finishing school.

“The purpose of the visit today is to continue to strengthen this mutually beneficial partnership between UH West Oʻahu and NSA Hawaiʻi,” Chapman said. “Over the past several years, numerous UH West Oʻahu students have completed summer internships with the NSA Hawaiʻi, and an even greater number have been hired after graduation to work here at home or in other NSA facilities globally.”