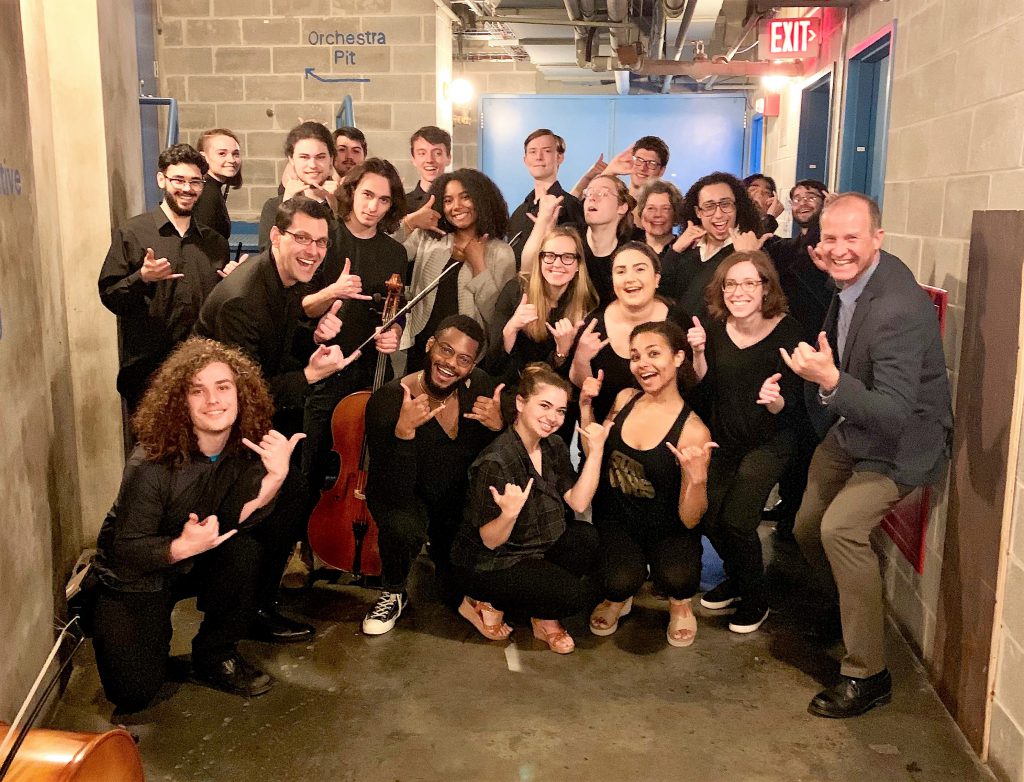 UH West Oʻahu Associate Professor Jon Magnussen completed a residency in early May at the State University of New York – Purchase College, where he assisted in the performance of his 2002 score for the re-staging of José Limón’s Psalm and presented his music at a Composer’s Seminar.

Magnussen was in residence from Monday, April 29 to Saturday, May 4, and was hosted by the college’s Conservatory of Music.  The visit culminated with the Purchase Symphony Orchestra performing his music while a suite from Limón’s 1967 ballet was performed by the Purchase Dance Company.

Magnussen, who heads UH West Oʻahu’s music program, assisted with rehearsals and worked with undergraduate musicians and Conductor David Recca during the residency as well as presenting at the seminar and participating in a pre-concert panel discussion with Nelly Van-Bommel, director of the Purchase Dance Company.

Purchase College, part of the State University of New York (SUNY) network of 64 universities and colleges, is located about 30 miles from New York City and boasts conservatory programs in the visual and performing arts with coursework in the liberal arts and sciences. The college was 10th among top public schools in a ranking by U.S. News & World Report.

According to the José Limòn Dance Foundation, Psalm is a choreographic achievement that combines powerful ensemble dancing with solo work. Music for the piece was originally written by Eugene Lester, but Magnussen was commissioned to create a new score for a re-creation of Psalm in 2002.

Magnussen’s score for Psalm was first performed with the Limón Dance Company at Weber State University as part of the 2002 Salt Lake Winter Olympic Arts Festival. The score was commissioned by the José Limòn Dance Foundation with funding from The Gladys Krieble Delmas Foundation, Doris Duke Fund for Dance of the National Dance Project, the Library of Congress, Meet the Composer, and the National Endowment for the Arts.