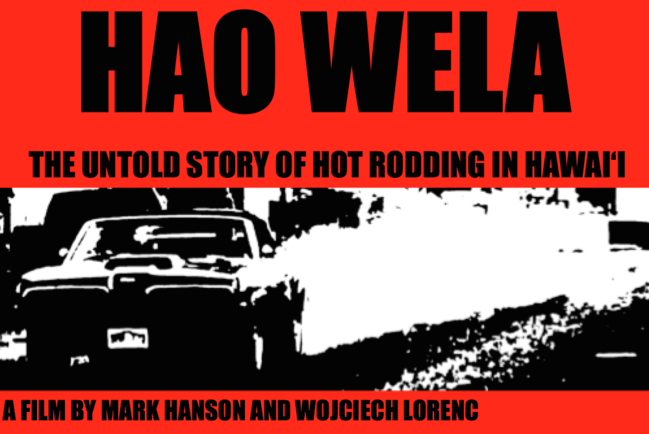 An award-winning documentary detailing Hawaiʻi’s hot-rodding history produced by two UH West Oʻahu faculty members and an instructor will be screened next month at the university’s Campus Center.

The film, Hao Wela: The Untold Story of Hot Rodding in Hawai‘i, is scheduled to be shown at 3:30 p.m., Thursday, April 11 in C-208 courtesy of the campus Sociology Club. The free screening is open to students, faculty, and staff as well as the community. A panel discussion will follow the hour-long screening. 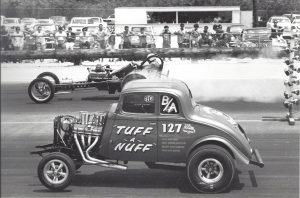 Scene from the documentary Hao Wela 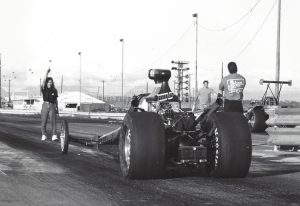 In doing so it traces the history of racing communities in Hawaiʻi, from competitions early in the last century, to racing at Kahuku and elsewhere. Hanson serves as narrator for the documentary, which tells how the speed culture grew after the arrival of the first horseless carriages and motorcycles; it also dips into the demise of Hawaiʻi Raceway Park, the only sanctioned venue on Oʻahu. The shuttering of the raceway at the James Campbell Industrial Park left many racers without an outlet for their high-speed avocation. The film also tracks the communities of racers that reside on Maui, Kaua‘i and Hawai‘i Island.

Besides the upcoming screening, the film also has been submitted to the James & Abigail Campbell Libraryʻs repository for faculty research, DSpace, and where it is available for viewing.