From “Songs of Aloha” to “America the Beautiful” and “Star Trek Into Darkness,” there’s something for every music lover at an upcoming concert by the University of Hawaiʻi–West Oʻahu’s University Band.

“This is the first live, in-person concert since before the pandemic started, featuring the University Band, which is comprised of UH West Oʻahu students and community members,” said Dr. Jon Magnussen, Associate Professor of Music and Chair of the Humanities Division at UH West Oʻahu.

The University Band will be under the direction of Chadwick Kamei and Michael Nakasone, with special guest conductor Ray Cramer and harpist Sharene Taba. The event’s Master of Ceremonies will be Dr. Jeffrey Moniz, UH West Oʻahu Vice Chancellor for Academic Affairs.

The concert will feature the following musical works:

Admission to the concert is free, with support from Perform America and the UH West Oʻahu Humanities Division. For more information, email jonmagnu@hawaii.edu. 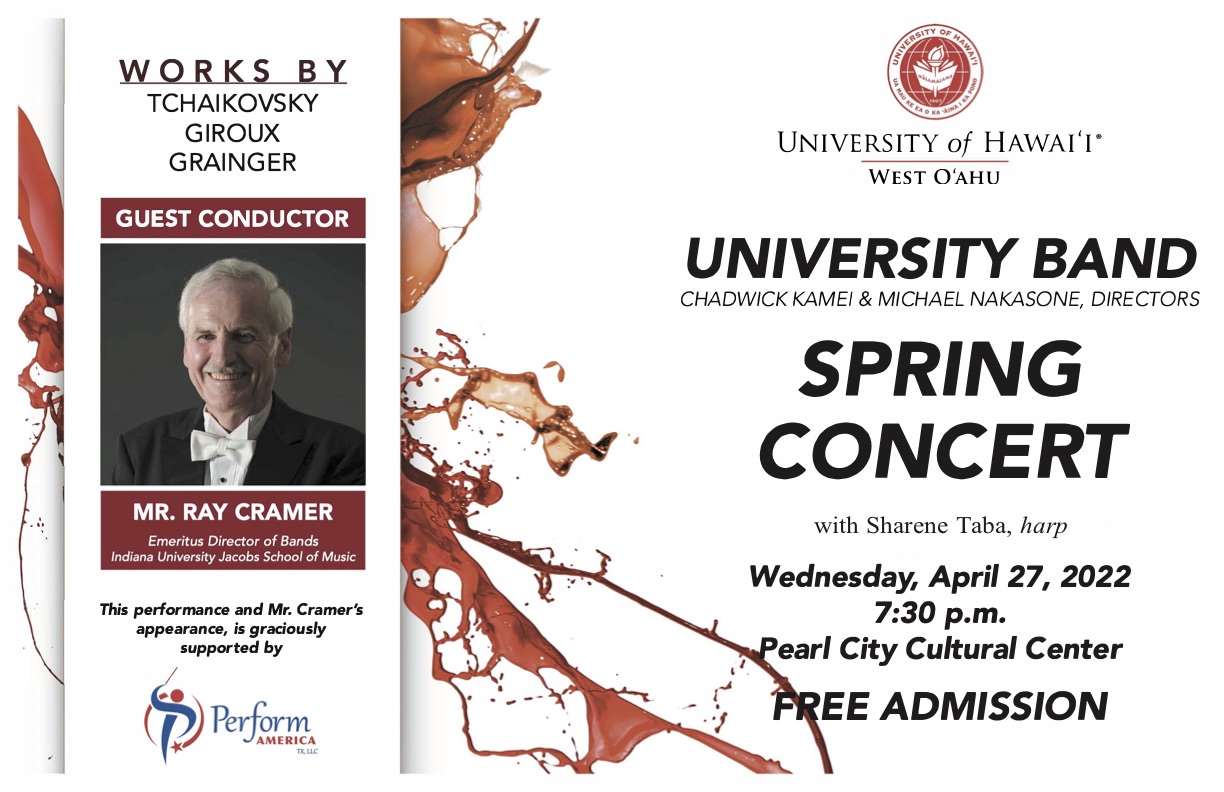 ʻNuclear Family’ author will be featured guest at reading event

Learn about the science of neuroplasticity at Math + Science + X Seminar

Discover the brain’s extraordinary ability to change its structure, function, and connections in response to the input it receives in “The Science of Neuroplasticity,”...
Read more
West O‘ahu Happenings

All are invited to the University of Hawai‘i–West O‘ahu campus to celebrate the grand reopening of the UH West O‘ahu Bookstore and the Dining...
Read more
West O‘ahu Happenings

Register to vote, play trivia at celebration of U.S. Constitution

Register to vote with the State of Hawai‘i Office of Elections, get free U.S. Constitution books and buttons, and more at a Constitution Day...
Read more