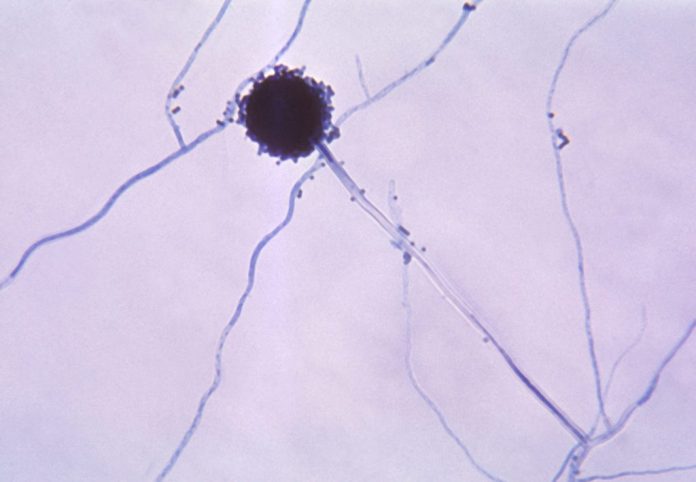 University of Hawaiʻi–West Oʻahu students Nicholas Bailey and Pashyn Morimoto co-authored a paper that was selected for publication by Native Science Report, a website that explores the role of science, technology, engineering, and mathematics in tribal and Native communities across North America.

Native Science Report sponsors an annual Student Research Showcase to highlight and support undergraduate research, an important part of the STEM curriculum within many tribal and Native-serving colleges, according to its site.

“Our paper encompasses our research findings from an experiment with a potentially healing compound and fungi that can make humans very sick,” Morimoto said.

“Pulmonary aspergillosis is an evolving disease on the rise due to antifungal resistance and new second infections associated with respiratory viruses like COVID-19,” Bailey elaborated. “Fortunately, the data suggest that one of the imidazole-bearing chalcones has similar activity to Amphotericin B, a current antifungal treatment.”

Bailey and Morimoto are student researchers of Dr. Bradley Ashburn, associate professor of chemistry at UH West Oʻahu. Ashburn co-authored the paper along with the students and Dr. Helmut Kae, Ashburn’s collaborator at Leeward Community College and the students’ microbiology professor.

“Finding new treatments for deadly fungal infections is of paramount importance,” Ashburn said. “Having Pashyn and Nicholas take on the fungus that is a major cause of mortality in immunocompromised patients showcases their talent and promise as future medical professionals.”

They immersed themselves in not only the design and creation of novel molecular targets, but also in execution and optimization of the biological evaluation, Ashburn said.

“This involved a significant amount of time and effort on their part,” he noted.

Ashburn added that they wanted to recognize Kae for his mentorship and logistical support.

Bailey said he was excited and honored to have their article selected to be part of Native Science Report’s annual Student Research Showcase.

“It’s not every day that you are fortunate enough to have your research featured,” he said.

Morimoto said she was both surprised and humbled.

“It is really rewarding to see our work recognized by others, I am especially proud and grateful for my research partner Nick,” she said. “Going into research, you never really know what is waiting at the finish line, the whole experience was truly priceless.”

The publication is just one recent academic highlight for Morimoto, who co-authored another paper that was chosen last year by Native Science Report’s annual Student Research Showcase to be published titled, “Lipophilicity Determination of Energy-Enhancing, Nootropic Supplements.”

Ashburn noted that Morimoto’s research there was so impressive that she was awarded funding to attend any scientific conference of her choice in 2022.

“Through this program, I learned a great deal about several Native American cultures and various perspectives of the current environmental issues occurring,” Morimoto said. “As someone who wants to become a physician, I found it valuable to learn more about environmental science since there is a huge tie between the environment and public health.”

University of Hawaiʻi–West Oʻahu Associate Professor of Mathematics Kamuela Yong wrote an article about Indigenous mathematicians that was published this month in the world's most...
Read more
West O‘ahu Happenings

University of Hawaiʻi–West Oʻahu students, faculty, and staff, and the general public are welcome to attend the next Math + Science + X Seminar,...
Read more