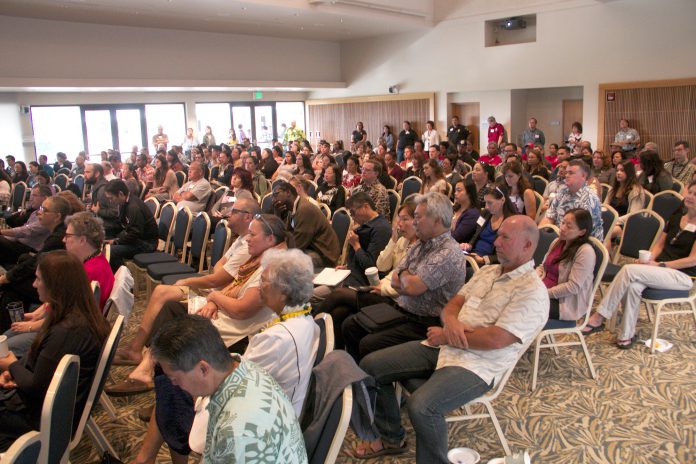 The University of Hawaiʻi–West Oʻahu ranked No. 1 in faculty diversity of four-year public institutions in the recently published Chronicle of Higher Education Almanac 2020-2021.

The category, “Colleges With the Greatest Racial and Ethnic Diversity Among Faculty Members, Fall 2018,” lists UH West Oʻahu at the top of its list of all four-year public institutions for a second year in a row.

Also, the diversity index for UH West Oʻahu is higher than any other listed four-year institution — public, private nonprofit, or for-profit — in the entire category.

“We are extremely proud that the Chronicle of Higher Education has identified UH West Oʻahu as the institution with the highest degree of faculty diversity of any four-year college or university — public or private — in the nation,” said Dr. Alan Rosenfeld, Associate Vice Chancellor for Academic Affairs at UH West Oʻahu.

“This is a testament to our institutional values and the result of many years of successful faculty searches that cast a wide net to find not only the most diverse but also the most dedicated and talented teacher-scholars to welcome into our campus ‘ohana,” Rosenfeld said.

“We want the people of Hawaiʻi to know that they do not need to travel 3,000 miles away to achieve a diverse and fulfilling college experience,” Rosenfeld said. “It’s waiting for them right here in their own backyard on the ʻEwa plain of Oʻahu.”

The Chronicle of Higher Education, a leader in higher education journalism, has the nation’s largest newsroom dedicated to covering colleges and universities. The Chronicle’s annual Almanac of Higher Education brings context to data with detailed tables and analysis on faculty, students, finance, and all 50 states. Its current Almanac 2020-2021, published in August, shows detailed analyses of leadership, faculty pay, tenure, enrollment, student debt, diversity, and state spending, among other data, with a new section of charts examining the past year in higher education — including “Did the Scramble to Remote Learning Work?”

University of Hawaiʻi–West Oʻahu cyber students finished 2020 with a power ranking of 12th in the country, according to a ranking recently published by...
Read more
Alumni

Virtual commencement honors over 700 grads, including mom who is ‘a great example’

From his home in Kīlauea, Kauaʻi, Marvin Jake De Peralta has adjusted to taking courses at the University of Hawaiʻi–West Oʻahu. “In the beginning, distance...
Read more