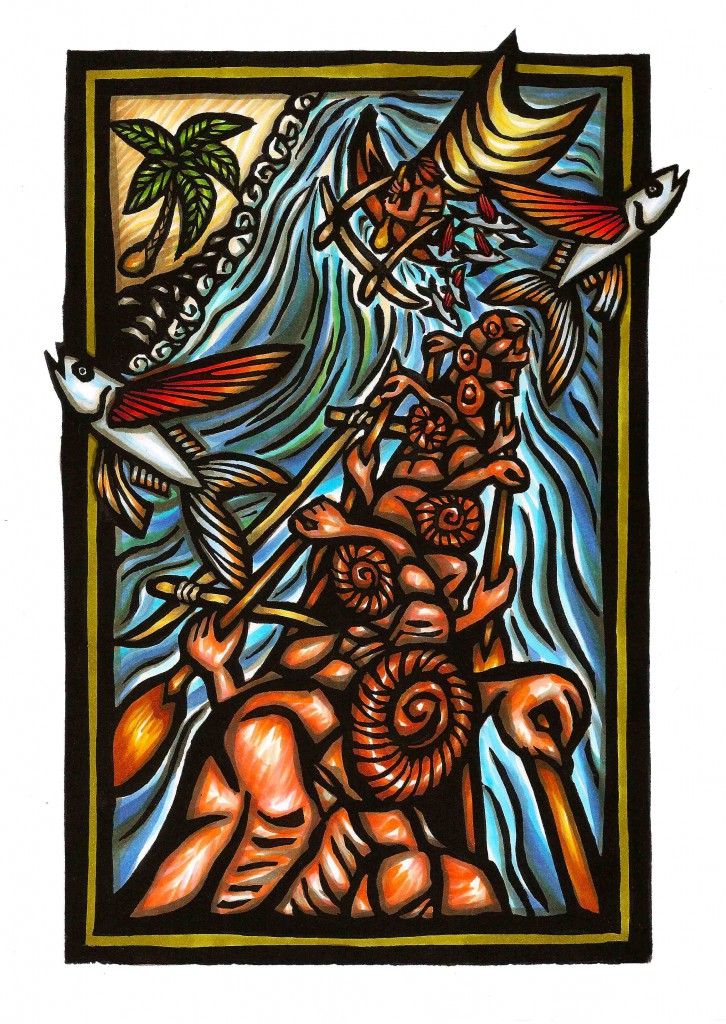 “The Race” by Caren Loebel-Fried

On April 14, Chamber Music Hawaii’s Spring Wind Quintet will perform “Pākaʻa Lanakila!” the first public Hawaiian language performance of music composed by UH West Oʻahu Assistant Professor of Music Jon Magnussen. “Pākaʻa Lanakila!” is written in the manner of Prokofiev’s “Peter and The Wolf” and based on the traditional Hawaiian story of Pākaʻa, a boy living on Kauaʻi in the cliffs of Keahiahi near present day Kealia. Pākaʻa is a smart boy and a quick learner. But sometimes his mother and uncle underestimate what he can do. By the end of this fishing adventure, Pākaʻa wins the respect of the poʻe lawaiʻa (fishing people) and all those on shore that day. 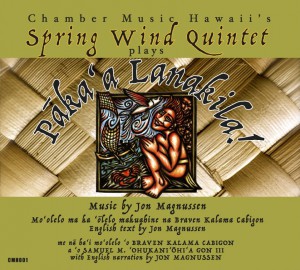 “Pākaʻa Lanakila!” will be performed for the first time in the Hawaiian language by master storyteller B.K. Cabignon with English translation subtitles on Thursday, April 14 at 6:30 p.m. at the Kauai Community College Performing Arts Center. Admission is free. Donations are welcomed in support of the Larry L. McIntosh Band Music Scholarship Fund. 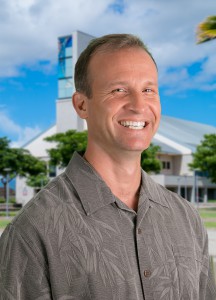