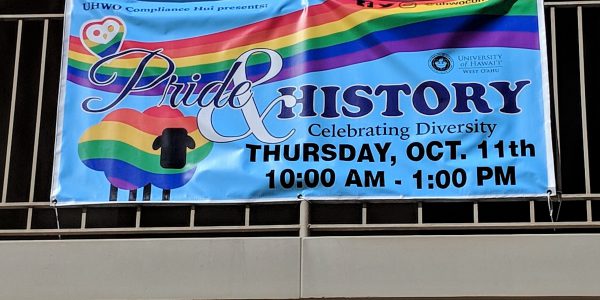 The Campus Compliance Hui (chaired by Director of Compliance) is a group of cross campus representatives that ensures vital compliance programming and training on our campus is provided.

The Chancellor has tasked this group with the following: 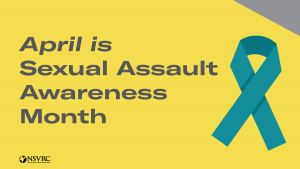 Sexual Assault Awareness Month is an annual campaign to raise public awareness about sexual assault and educate communities and individuals on how to prevent sexual violence. Observed in April, UH West Oʻahu presents events that provide information on sexual assault/sexual abuse, and the legislation that addresses this very important issue, VAWA, the Violence Against Women Act.

See our page for more details on events. 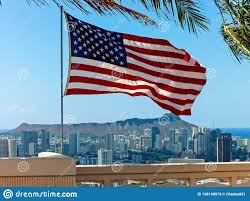 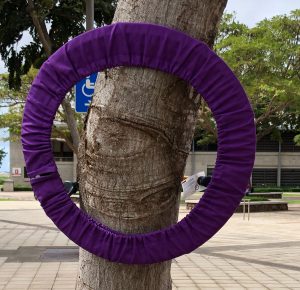 This march/walk around the UH West Oʻahu campus is our students and campus community’s way to raise awareness about the serious causes, effects, and reverberations men’s sexualized violence creates. To actively confront gender stereotypes, the men are asked to walk in women’s high-heeled shoes. This march/walk creates a safe and fun space to reveal and consider many of the underlying causes of men’s sexualized violence without defensiveness and denial.

(This is now incorporated with Healing Soles & One Billion Rising) Educate participants about mental health problems and the threat of suicide. The goal of this initiative is to increase help seeking behavior, prevent suicide, and to encourage a campus culture of wellness and health.

One Billion Rising is the biggest mass action to end violence against women (cisgender, transgender, and those who hold fluid identities that are subject to gender-based violence) in human history. The campaign, which launched on Valentine’s Day 2012, began as a call to action based on the staggering statistic that 1 in 3 women on the planet will be beaten or raped during her lifetime. With the world population at 7 billion, this adds up to more than ONE BILLION WOMEN AND GIRLS.

Nurture and support its LGBTQ+ community by creating a more healthy and compassionate environment for all. For more information: Hawaiʻi LGBTQ+ Legacy Foundation website. 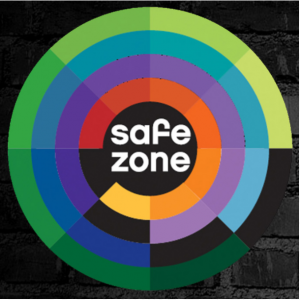 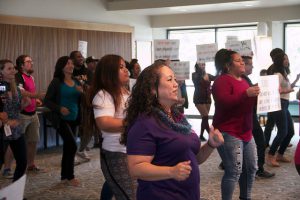 (This is now incorporated with Healing Soles & One Billion Rising) Programming directed at raising awareness about the harmful impact that drugs and alcohol can have on health and wellness, educate students about relevant addictive chemicals. In addition, our goal is to educate students about signs of substance abuse problems and inform them about where and how to get help.

In AY 2017-2018, during fall convocation, a new campus tradition was established with the first awarding of the Chancellor’s perpetual trophy named “Kaiāulu.”  The name of the award is from the phrase “ola ke kaiāulu i ka hana kānaka” which means “a community thrives through the efforts of its people.”

A symbolic work of art, Kaiāulu includes the five pillars which represent the Chancellor’s guiding principles: Poʻokela (educational excellence); Kaiāulu (our campus community); Hana Lawelawe (service to the larger community); Mālama Honua (care of land, sea, and sky); and, Waiwai (philanthropy, scholarships, and partnerships). Each of these principles are etched at the top and at the bottom of each pillar and around the platforms.

Each pillar, as well as the base, bears the symbolic pattern of the wing markings of the pueo, the native Hawaiian owl that is the mascot of UH West Oʻahu. In front of the ‘umeke is UH West Oahu’s seal, etched on a wooden koa medallion. The entire base and pillars – including the maile lei is made of koa; the ʻumeke (bowl) at the top is made of kamani wood.  Both woods are native to Hawaiʻi and highly prized by woodworking artists.

The Kaiāulu Award is presented annually during each fall convocation to the division who earns the most points by encouraging employee participation in identified programming and awareness events designed to support the foundation for building a safer, healthier and more positive culture and community on our campus. In addition to “bragging” rights and possession of Kaiāulu for the entire year, the divisional winners will receive $500 to be used towards an event aimed at strengthening and building a stronger community within the division.

Also known as “Walk a Mile in Her Shoes” this march/walk is a dramatic opportunity to raise awareness about the serious causes, effects, and remediations to men’s sexualized violence. Why men in women’s high-heeled shoes? We ask men to walk in women’s high-heeled shoes to actively confront gender stereotypes and expectations. In this space of playful confrontation and openness, it’s possible to reveal and consider many of the underlying causes of men’s sexualized violence with less defensiveness and denial.
https://www.walkamileinhershoes.org/